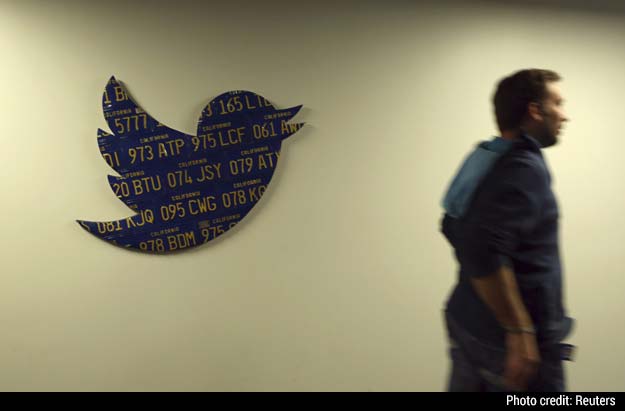 US tax department is in for a major windfall from Twitter' blockbuster IPO, which has made 1,600 of its employees millionaires and they will together pay an estimated $2.2 billion (about Rs 13,800 crore) in taxes, a research report says.

According to a report by US-based PrivCo, a provider of business and financial research on major privately-held firms, Twitter's fantastic public debut on the New York Stock Exchange (NYSE), last week, added as many as 1,600 employees of the microblogging site to the US millionaire club.

Individually, the US Internal Revenue Service stands to get taxes worth $1.72 billion while Californian authorities will receive an amount of $479 million.

"Twitter's IPO will have far-reaching implications for everything from Silicon Valley real estate prices to new start-ups that will be formed by the 'Twitter Mafia' - new angel investment capital now available for other new business ventures," PrivCo said.

"The addition of 1,600 new millionaires to California's tax base will also bode well for the state's budget crisis," it added.

Twitter had begun trading on NYSE on November 7. On its very first day of going public the microblogging site's shares climbed around 73 per cent over the issue price of $26 at $45.1 apiece, valuing the company at nearly $25 billion.

On November 15, the shares of microblogging site closed at $43.98 a peice, 2 per cent lower than its closing price on the debut day. The current market capitalisation of Twitter stands at $23.96 billion.

Terming Twitter's valuation post its IPO-pop as "quite rich", PrivCo CEO and founder Sam Hamadeh said: "PrivCo knows that Twitter has a long M&A (Mergers and Acquisitions) shopping list with dozens of target private companies the microblogging service is targeting for purchase".

"So Twitter will use its rich stock to buy companies straightaway, adding to its revenues and further justifying its high valuation," he added.

Twitter's losses had widened to $64.6 million in the September quarter from $21.6 million a year earlier. Its revenue has gone up to $534.5 million for the year ended September 30.

The microblogging site had 231.7 million monthly users in the quarter ending in September, up 39 percent from a year earlier.