US President Donald Trump has said that he will make a long-term deal on immigration only if it is good for the country and will work towards solving the problem, once the government is funded. 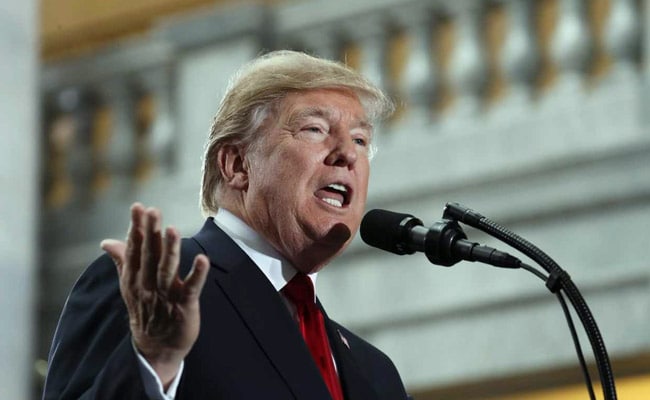 Washington: US President Donald Trump has said that he will make a long-term deal on immigration only if it is good for the country and will work towards solving the problem, once the government is funded. Trump's comments came soon after the opposition Democrats voted in the Senate to end the government shutdown. The Democrats had reached an agreement with the Republicans to have a debate on immigration in order to end the federal government shutdown which lasted for three days.

Trump also hailed the expected reopening of the government today.

"I am pleased that Democrats in Congress have come to their senses and are now willing to fund our great military, border patrol, first responders, and insurance for vulnerable children," Trump said in a statement.

"As I have always said, once the government is funded, my administration will work toward solving the problem of very unfair illegal immigration. We will make a long-term deal on immigration if, and only if, it is good for our country," Trump said.

The White House said it is ready to negotiate with the Democrats even if there is differences between the two. "We've been very clear about what we want to see in any legislation, and I don't think that there's a whole lot of daylight between where we are and where the Democrats are. We certainly want to negotiate and get to a place, and we're hopeful that we can do that over the next couple weeks," White House Press Secretary Sarah Sanders told reporters at her daily news conference.

Following Democrats vote in the Senate to end government shutdown, Sanders said the Democrats realise that the position they had taken, frankly, was indefensible, and that they had to focus on first funding the military, protecting Border Patrol agents, funding vulnerable children through the CHIP programme.

"These were things that they didn't disagree with. They agreed with everything that was in this C.R. The president stayed firm. Republicans stayed firm. And Democrats, I think, realised that they had to move past that piece of legislation and -- so that they could focus on the conversation they're desperate to have," she said.

Sanders indicated that there is no changes in the position of the Trump Administration on this.

"If people are unwilling to secure our borders, that they're unwilling to end chain migration, unwilling to end the visa lottery system, unwilling to fix all of the problems that we have in our immigration system, and aren't willing to negotiate and actually do things that fix that system, that we know to be problematic, then, yes, that would be a problem and certainly allow for future incidents to take place," she said.

(Except for the headline, this story has not been edited by NDTV staff and is published from a syndicated feed.)
Promoted
Listen to the latest songs, only on JioSaavn.com
Comments
immigrationDonald Trump