ArcelorMittal has been trying to enter India's fast-growing steel market, which is dominated by local companies. 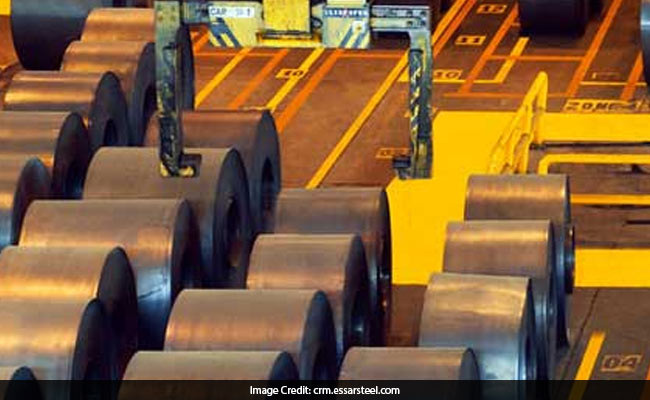 ArcelorMittal confirmed the National Company Law Tribunal (NCLT) had approved the takeover of the 10 million tonne steel plant of Essar Steel by itself and Japan's Nippon Steel & Sumitomo Metal Corp, paving the way for the first major foreign participation in India's steel sector.

ArcelorMittal has been trying to enter India's fast-growing steel market, which is dominated by local companies, for over a decade but bureaucratic hassles and land acquisition woes stifled its bids.

"We welcome today's pronouncement by the NCLT Ahmedabad," ArcelorMittal said in a statement. "We hope to complete the transaction as soon as possible."

Essar Steel, with debts of Rs 50,780 crore ($725.38 million), was among the so called dirty dozen - twelve large steel and other infrastructure companies which defaulted and were referred to India's bankruptcy court in 2017.

The company became synonymous with the tardy pace of debt resolution by Indian banks saddled with billions of dollars of bad loans.

When a new bankruptcy law was introduced in 2016 by Prime Minister Narendra Modi, it was seen by investors as a bold move which would ease lending pressure on banks and boost private investment.

The NCLT approved ArcelorMittal's bid in October, even as Essar's founders - the billionaire Ruia family - tried to hold onto the company, offering Rs 54,389 crore to clear its debts.

"We continue to believe that our settlement proposal...is the most compelling one available to Essar Steel creditors," Essar said in a statement on Friday.

"We are awaiting a copy of the NCLT order, and will take a call on next steps after examining the same," the statement added.

The case between ArcelorMittal and the Ruia family reached the Supreme Court in January, with Essor's debt resolution process lasting around 600 days in total.

ArcelorMittal said in October the company would pay a total of Rs 42,000 crore towards Essar Steel's debt and put another Rs 8,000 crore into operations and profitability.