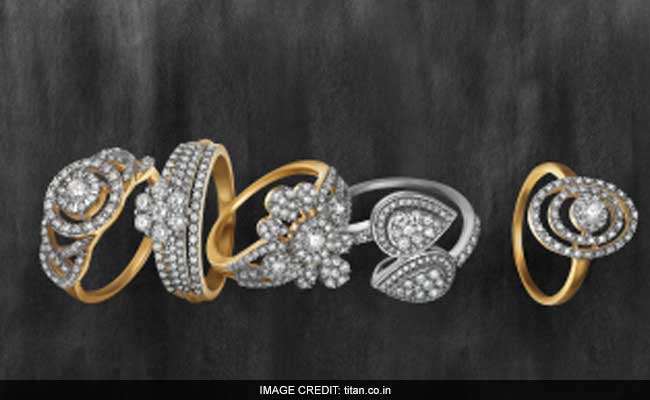 Titan Company share price today slumped as much as 14.37 per cent, marking its biggest single-day fall in over three years. On the Bombay Stock Exchange, the Titan Company stock fell to as much as Rs 1,072.60 at the weakest point in the session. On the National Stock Exchange (NSE), Titan's share price dropped as much as 14.33 per cent from its previous close to hit an intraday low of Rs 1,073 apiece. After market hours on Monday, Titan Company said in a regulatory filing that its consumption took a hit in the April-June quarter of the current financial year.

In its quarterly update, Titan Company said it witnessed a tough macro-economic environment with a hit in consumption in the April-June period.

Titan's jewellery segment grew 13 per cent in first quarter of current financial year as a sharp increase in gold prices dented consumer demand significantly in the month of June, the company said.

However, the company witnessed decent growth in the wedding jewellery and studded segment in the quarter. Sales on Akshaya Tritiya were robust, Titan Company further said.

Titan said its jewellery segment added 12 Tanishq stores on both gross and net basis during the quarter, with the retail space addition being approximately 34,000 square feet.

Titan's watches division recorded a sales growth of 19 per cent and the revenue in its eye wear division rose 13 per cent.