Andreas Goss will resign from his position as Chief Executive Officer by mutual agreement as of Saturday. 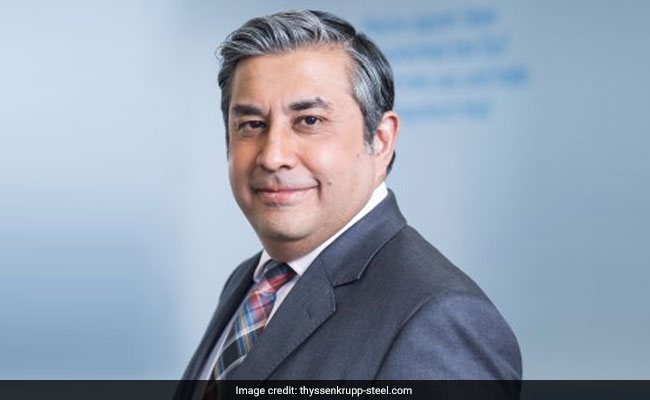 Mr Desai has been Chief Financial Officer of ThyssenKrupp Steel Europe AG since 2015.

German multinational conglomerate ThyssenKrupp AG has appointed Premal Desai as the new Chief Executive Officer for its steel division to oversee the restructuring of business after the collapse of a proposed joint venture with Tata Steel in Europe.

Mr Desai has been Chief Financial Officer of ThyssenKrupp Steel Europe AG since 2015 and was previously Head of Strategy at ThyssenKrupp AG.

Guido Kerkhoff, CEO of ThyssenKrupp AG, said: "We are pleased that we have appointed a new steel board member from our own ranks. Our steel business is facing major challenges. We have now put together a strong team that will tackle the tasks at hand quickly and develop a sustainable strategy for steel following the cancellation of the joint venture."

Andreas Goss will resign from his position as Chief Executive Officer by mutual agreement as of Saturday. Heribert Fischer will also leave the Steel Board but remain with ThyssenKrupp Steel Europe AG in an advisory capacity at the request of the company.

"Shaping the future of steel is a challenging task," said Desai. "There''s a lot to do. We look forward to tackling this together as management team. The market environment is not easy, but we are in a strong position and have a lot of potential. We''ll build on that," he said in a statement.

ThyssenKrupp Steel Europe and Tata Steel Europe had signed agreements on June 30, 2018 to create a 50:50 joint venture. However, the European Commission had raised concerns over high prices for electrical steel, automotive steel and packaging among others in the event of the merger going ahead.

Last month, the two companies announced they were scrapping the plan.