Production at Tesla Inc's Shanghai factory is on track to fall by over a third this quarter than Elon Musk had predicted. 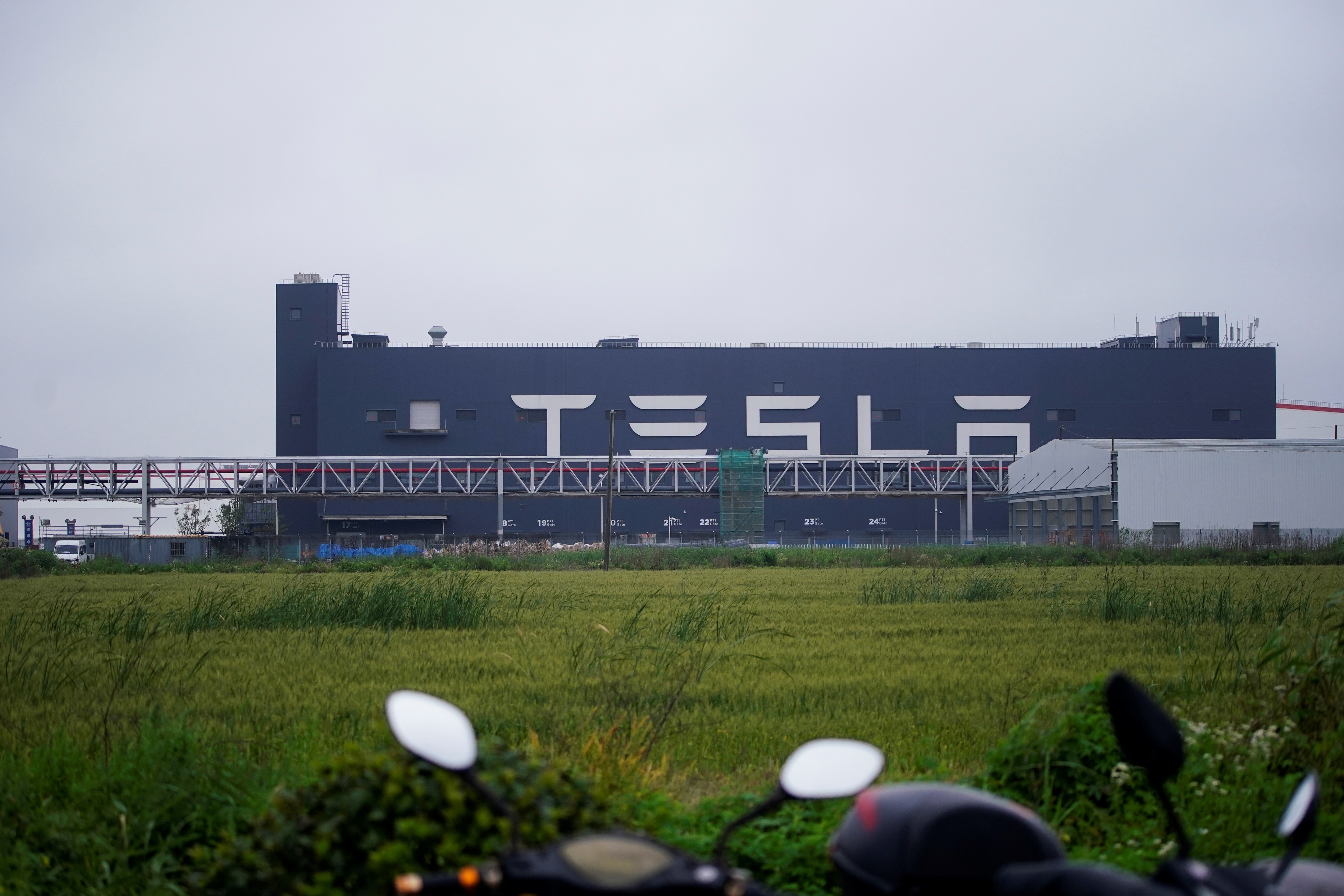 Production at Tesla Inc's Shanghai factory is on track to fall by over a third this quarter from the first three months of the year as China's zero-COVID lockdowns caused deeper disruptions to output than Elon Musk had predicted.

The US automaker is aiming to make more than 71,000 vehicles at its Shanghai plant in June, according to an internal production memo seen by Reuters.

Together with the 44,301 units produced in April and May, according to data from China Passenger Car Association (CPCA), that would add up to around 115,300 units in the second quarter.

In the first three months of the year, Tesla Shanghai manufactured 178,887 cars, according to the CPCA.

Tesla did not immediately respond to a request for comment on Thursday.

Mr Musk, the company's chief executive, said in a call with analysts in April that Tesla's overall vehicle production in the second quarter would be "roughly on par" with the first quarter, saying that production at Giga Shanghai was "coming back with a vengeance".

He said Tesla would see "record output per week from Giga Shanghai" after a "couple of weeks" of lost production.

"It's also possible we may pull a rabbit out of the hat and be slightly higher," he said of overall Telsa output in the second quarter.

But Mr Musk has been warning about the risks of a recession more recently. He told the whole company that it would be a pretty intense quarter as the COVID restrictions in Shanghai brought "a huge challenge", and the plant was only getting back to full production, news website Electrek reported on Thursday.

Last week, he told Tesla executives in an email he had a "super bad feeling" about the economy and needed to cut jobs by about 10% and freeze hiring.

In a follow-up email to employees, he said Tesla had become "overstaffed in many areas" and would reduce salaried headcount by 10%.

But in a tweet on Saturday, he backtracked and predicted that the company's total headcount would increase over the next 12 months.

Analysts have cautioned that Tesla's first-quarter gross profit margin of almost 33% was unlikely to be sustained in the current quarter because of higher commodity costs and the Shanghai lockdown.

Shares of Tesla have fallen by almost a third since the start of the year.

With the recent easing of COVID curbs in Shanghai, Tesla has managed to ramp up the weekly output at its plant to more than 90% of the level before the city's lockdown, which shut the plant for a record 22 days, people with knowledge of the matter told Reuters.

The electric car maker had originally aimed to raise daily output to 2,600 units in mid-May but was only able to do so by the end of the month, said the people, who declined to be identified as the matter is private.

The factory has been operating under so-called closed-loop management that required workers to sleep near production lines and out of contact with others outside since mid-April.

Tesla aims to produce 17,000 cars a week from June 13, when it plans to end the closed-loop system and allow workers to resume commuting between their homes and the plant, according to an internal memo seen by Reuters.

The Shanghai plant makes Model 3s and Model Ys for sale in China and export to markets including Europe and Australia.

Last year, Tesla's China-made cars accounted for around half of the 936,000 vehicles it delivered globally, based on Reuters calculations using China Passenger Car Association data.

Its website showed that customers in Australia now have to wait nine to 12 months for their Model 3s, while those in Europe can only pick up their cars at the earliest in the fourth quarter of this year.

For buyers in China, the waiting time for Chinese-made Tesla cars is between 10 and 24 weeks, the website showed.