The industry body, he said, has informed the UIDAI that the operators would require some more time for exiting the Aadhaar-based process. 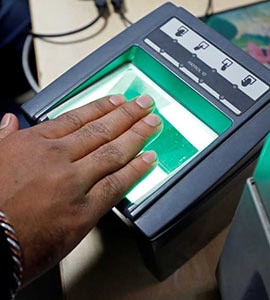 The deadline for the use of Aadhaar-based e-kyc process ends on Tuesday, November 20.

Telecom operators have completed the adoption of a new e-KYC (Know Your Customer) process in around 85 per cent of the country and the rest is likely to be covered soon, the Cellular Operators Association of India (COAI) said on Monday.

Speaking to reporters, COAI Director General Rajan Mathews said the use of Aadhaar-based process is likely to end in a day or two.

"I would say a good 80-85 per cent areas are probably compliant in terms of the new process, there may be some rural areas where the testing is going on...," he said, adding that the rest would be covered "in two to three weeks at the most".

Mathews further said: "The thing is that...there are areas where we have over one million points of sale and to be able to put the alternative process, mechanism, paperwork in place takes some time."

The industry body, he said, has informed the Unique Identification Authority of India (UIDAI) that the operators would require some more time for exiting the Aadhaar-based process keeping in mind the "consumer interest" as most of the infrastructure is Aadhaar-based.

The deadline for the use of Aadhaar-based e-kyc process ends on Tuesday, November 20.

Promoted
Listen to the latest songs, only on JioSaavn.com
Comments
Aadhaar eKYCTelecom body