The Newly-designed Tejas Express coaches are capable of running at 200 kmph but due to constraints related to rail tracks, they will run at a speed of 160 kmph, an official said. 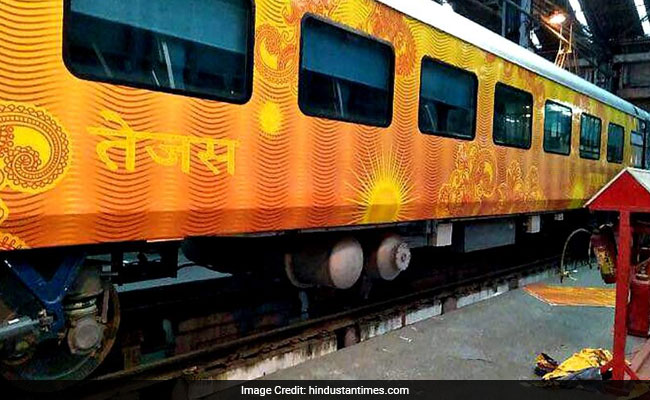 Indian Railways will soon launch its luxury train service Tejas Express on the Delhi-Chandigarh route. Tejas Express, which will also be launched Mumbai-Goa route later, was announced in the Rail Budget last year. The Tejas Express train on the Delhi-Chandigarh journeys is expected to clock speeds of 160 kmph. "#Railways all set to roll-out 160-kmph capable Tejas Exp (Tejas Express) on #Delhi-#Chandigarh route...," it said. The Rail Coach Factory, or RCF, Kapurthala (Punjab), is all set to roll out the first rake of 19 coaches in a couple of days. Established in 1986, RCF is a coach manufacturing unit of Indian Railways.

Indian Railways had earlier announced the Tejas Express will also run between Surat and Mumbai.

Here are 10 things to know about the Tejas Express train:

The newly designed coaches for Tejas Express are capable of running at a speed of 200 kmph but due to constraints related to rail tracks these coaches will run at a speed of 160 kmph, RCF General Manager R P Nibaria said on Wednesday.

He said that the cost of each coach is Rs. 3.25 crore and a coach is manufactured within six months.

The Tejas Express, in which some of these coaches will be fitted, will run by the end of this month though a final decision will be taken by the railway board, Mr Nibaria said.

The first rake comprising 19 coaches including sixteen non-executive and two executive chair cars besides one power coach will be handed over to the Northern Railway by May 15.

Initially, the Railway Board had decided to run the first high speed train Tejas express on Mumbai-Goa section but now the allotment has been made to Northern Railways, he added.

The general manager also said that it is for the first time in the Indian Railways history that an automatic entrance plug door has been introduced which provides better sound and heat insulation. He also said that doors installed in the entire rake would be controlled by a guard panel.

He said that the luxury chair car is fitted with nine-inch LCD screen with touch screen control on the back of every seat and a personalized infotainment system besides USB charging facility is fitted on every seat.

The GM said that new coach is fitted with improved couplers which would provide jerk free comfortable ride even at high speeds and coaches are fitted with new braking system.