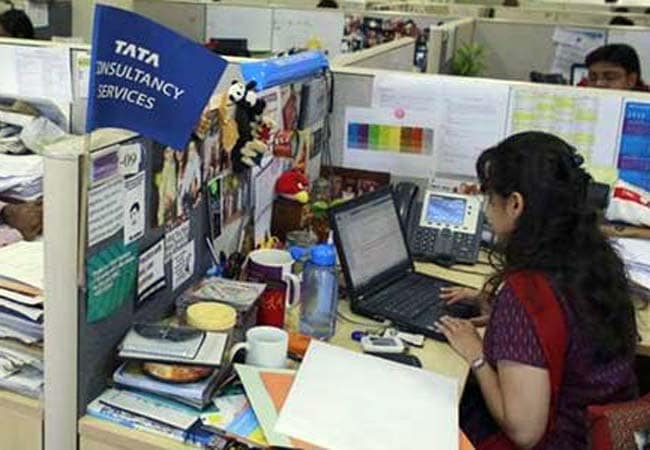 Tata Consultancy Services (TCS) gave its employees 120 per cent payout of target variable pay in the fourth quarter ended March 31, Press Trust of India reported on Thursday. TCS closed FY18 with a total headcount of 3.95 lakh, up by over 7,700 over the last year. TCS has also announced a wage hike of 2-6 per cent depending on the geography for the current financial year, the report added. On Thursday, TCS reported its earnings for the fourth quarter ended March 31. Deal wins in the quarter to March helped the Mumbai-headquartered company post its biggest-ever net profit of Rs 6,904 crore, beating analysts' average estimate of Rs 6,798 crore.

In dollar terms, TCS reported revenue of $4,972 million, up 3.9 per cent quarter-on-quarter and up 11.7 per cent year-on-year. "We're glad to announce we're back to double digit trajectory on dollar revenue growth," CEO and MD Rajesh Gopinathan said.

Commenting on the Q4 performance, CEO Gopinathan said: "Strong demand in digital across all industry verticals and large transformational deal wins have made this one of our best fourth quarters In recent years. The strong exit allows us to start the new fiscal on a confident note."

TCS also expects a rebound in spending by its key banking, financial services and insurance (BFSI) clients this financial year. India's top software services exporter is more confident about BFSI revenues from North America as client discussions show there is "not much stress left in the system," and this could potentially translate into better client spending through the course of the year, said CEO Rajesh Gopinathan told reporters.

Promoted
Listen to the latest songs, only on JioSaavn.com
Gopinathan said TCS' early investments in digital technologies such as cloud, analytics and big data were paying off as the company remained well-positioned to transform clients' businesses.

"We are seeing strong demand in digital, in security and blockchain, in analytics, data," Chief Operating Officer N Ganapathy Subramaniam said. "All this gives us the confidence that BFSI should grow." (With Agency Inputs)