During intraday trading, company's shares on Monday rose close to 20 per cent to touch a high of Rs 53.85 a scrip on BSE. 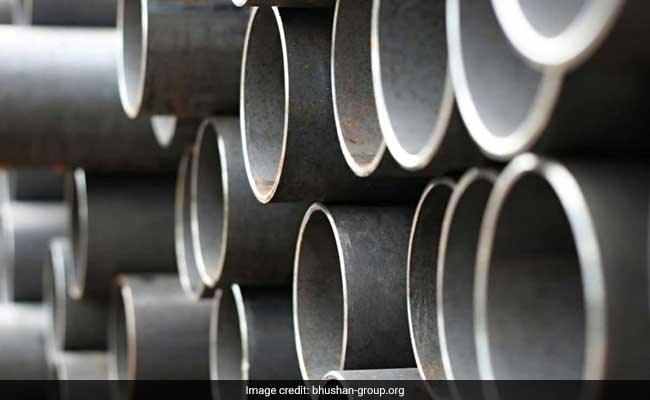 "We wish to inform you that as part of the resolution process, the resolution professional (RP) has received resolution plans from Tata Steel, JSW Living Private Ltd and Employees of Bhushan Steel Ltd," it said in a regulatory filing to the stock exchange.

JSW Living Pvt Ltd is a joint venture between JSW and Piramal Enterprises.

During intraday trading, company's shares on Monday rose close to 20 per cent to touch a high of Rs 53.85 a scrip on BSE and eventually closed at Rs 53.80.

A broad summary of the resolution plans were presented by the RP to the committee of creditors (CoC) in their meeting held on February 16, the company said.

It also said that the RP and its advisors will now review the plans so as to ensure that these plans are in conformity with the provisions of the Insolvency and Bankruptcy Code, 2016, and additional requirements as stipulated by the CoC in the process document.

"Once the resolution plans are identified, another meeting of CoC will be convened to present the compliant plans for the consideration of the CoC," the firm said.

Promoted
Listen to the latest songs, only on JioSaavn.com
Bhushan Steel, one of the 12 non-performing accounts referred by the Reserve Bank of India for National Company Law Tribunal (NCLT) proceedings, owes Rs 56,000 crore to its financial creditors.