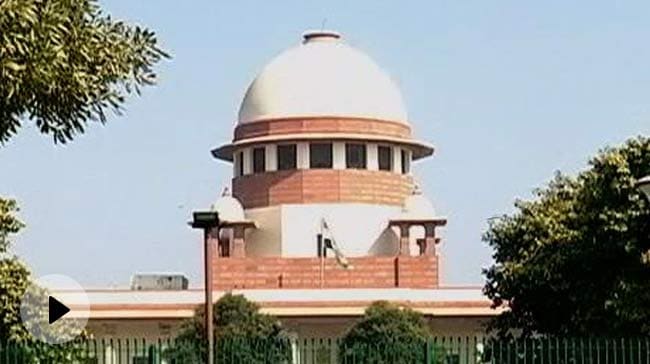 The top court banned Shapoorji Pallonji Group from selling the shares of Tata Sons held by the group.

Both parties have challenged a December 18, 2019, order of National Company Law Appellate Tribunal (NCLAT) that had directed the reinstatement of Cyrus Mistry as the chairperson of Tata Sons.

The top court had on January 10, 2020, stayed the NCLAT order. The NCLAT, in its December 2019 judgment, had held that the proceedings of the board meeting of Tata Sons held on October 24, 2016, removing Cyrus Mistry as chairperson was illegal.

The Supreme Court had also said that Ratan Tata should not take any decision in advance that requires majority decision of the board of directors of Tata Sons or a majority in the annual general meeting.

The hearing is being held before a bench headed by Chief Justice SA Bobde.

C A Sundaram, the Mistry family's counsel, told the Supreme Court today that the Tata group was not managed professionally by a board but by the Chairman of Tata Trusts, Ratan Tata, through the Trusts that nominated directors on Tata Sons board.

Mr Sundaram said Nano loses money every day. "Thousands of crores lost on Tata Nano. That's how the company is losing money," he said. "As a result shareholders including minority shareholders are losing."

When Chief Justice of India Sharad Bobde asked about the relationship between Mistry and the Tatas, Shapoorji Pallonji Group's lawyer Sundaram replied  Noel Tata is married to Cyrus Mistry's sister.

A three-judge bench headed by the Chief Justice of India is hearing the dispute daily. Arguments will resume Wednesday.