Tata Group To Buy Majority Stake In BigBasket For About $1 Billion: Report

China's Alibaba, which holds around 26 per cent stake in BigBasket, is expected to sell its entire shareholding in the company, the Economic Times reported. 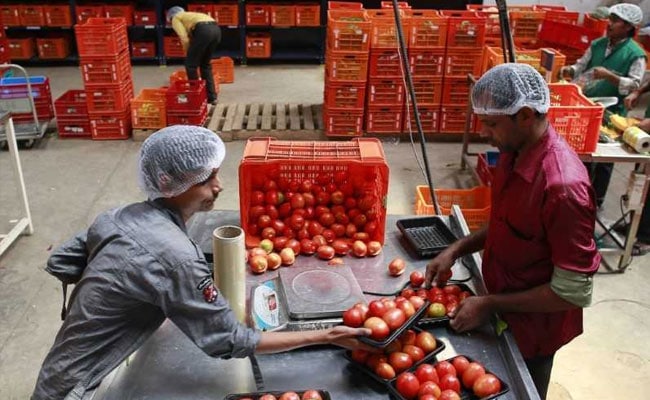 Online grocery startup BigBasket is in advanced talks to sell a majority stake for about $1 billion to salt-to-software conglomerate Tata Group, the Economic Times reportedon Wednesday, citing three sources familiar with the matter.

The century-old group has been planning to launch a "super app", one that will tie in all its consumer businesses, several media reports have said, as it competes against Amazon and Reliance Industries, who have made big bets on India's booming e-commerce market.

The Tata Group and BigBasket did not immediately respond to a Reuters request for comment.

China's Alibaba, which holds around 26 per cent stake in BigBasket, is expected to sell its entire shareholding in the company, the Economic Times reported.

"While the talks have been ongoing for some time, it is still work-in-progress as far as the specifics go. It may eventually not lead to a transaction at all," the newspaper cited one of the sources.

Separately, the Mint newspaper also reported on Wednesday that Tata Group could pay $500 million-$700 million for a controlling stake in BigBasket. The paper had earlier said that BigBasket was looking to raise $200 million for a fresh funding round and was in talks with the Tata Group.