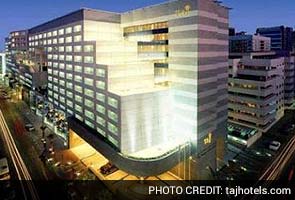 New Delhi: Taj Hotels Resorts and Palaces, part of the Tata group, on Tuesday said it has exited the management of Taj Palace Hotel, Dubai, after 14 years of operations.

Located at Deira, it was operating the hotel since 2001 and it was handed back to its owner - Juma Al Majid Group, on August 31 2015, the hospitality major said in a statement.

"By virtue of a mutual agreement reached between the erstwhile partners, Taj Palace Hotel, Dubai, which has been successfully run by Taj Hotels Resorts and Palaces since 2001, will be handed back to the Juma Al Majid Group, on 31st August 2015," the statement said.

It did not give any reason for ending the management contract.

"Taj Hotels Resorts and Palaces has enjoyed an outstanding relationship and mutually rewarding partnership with the Juma Al Majid Group and expresses its gratitude for the unequivocal trust and unstinting co-operation extended by them during the tenure of operations," it added.

The statement said the Middle-East will continue to be of strategic importance to the group. It has recently opened a 296-room luxury hotel in Dubai's Burj Khalifa downtown area.

"With the recent opening of the 296-room luxury hotel, Taj Dubai, the Middle-East will continue to be of strategic importance to the group. Located in the prestigious Burj Khalifa downtown area, the hotel offers state-of-the-art rooms seamlessly blending contemporary elegance while paying homage to the local environment," it said.