Suzlon Gets Investors' Nod to Sell its German Arm Senvion 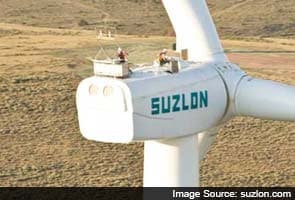 "Suzlon receives shareholders and CDR EG (Corporate Debt Restructuring Empowered Group) approval for Senvion sale and issue of up to 100 crore equity shares on preferential basis," the company said in a filing to the BSE.

Suzlon had acquired Senvion (earlier known as REpower) for over Rs 7,300 crore in 2007.

Suzlon Energy shares were trading 0.56 per cent up at Rs 27.15 apiece during afternoon session on the BSE.