The Supreme Court asked senior advocate Manan Kumar Mishra to approach the Ministry of Finance within two weeks with the representation on the issue. 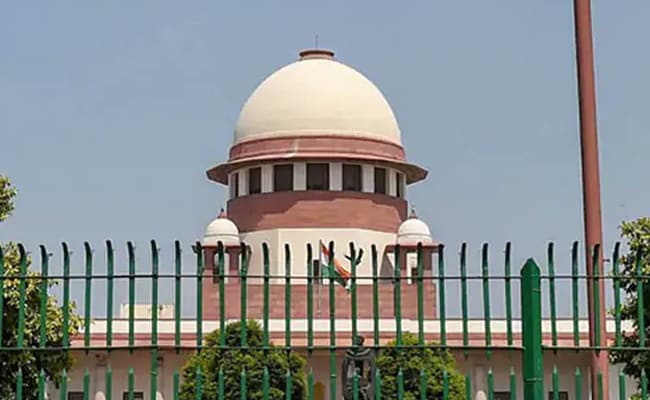 The Supreme Court has asked the Finance Ministry to respond to a representation seeking disciplinary action against public sector banks for not invoking personal guarantees of promoters and directors of firms defaulting in repayment of huge loans.

The plea claimed around Rs 1,900 crore are lost every day due to public sector banks not invoking personal guarantees of big corporate loan defaulters.

In an order on Monday, a bench comprising Justices RF Nariman and Navin Sinha took note of the submissions of senior advocate Manan Kumar Mishra and asked him to approach the Ministry of Finance within two weeks with the representation on the issue and the government will have to reply in four weeks thereafter.

"We are of the view that at page ...of the Writ Petition it has been made clear that the Ministry of Finance itself has, by a Circular, directed personal guarantees issued by promoters/managerial personnel to be invoked.

"According to the petitioners, despite this Circular, Public Sector Undertakings continue not to invoke such guarantees resulting in huge loss not only to the public exchequer but also to the common man," the top court said in its order.

The plea, filed by one Saurabh Jain, has sought "to initiate disciplinary proceedings against PSU Banks which have not invoked the personal guarantees of promoters/directors/managerial personnel in accordance with the circular...".

Mr Mishra, during the hearing, has submitted that the statistics show there was a loss of approximately Rs 1.85 lakh crore in a financial year to the public sector banks, while they shy away from invoking personal guarantees of the biggest corporate defaulters.

He said loans of a common man are recovered very meticulously, but promoters, chairpersons and managers of big corporates get away despite making huge defaults of loans.

The bench took note of the submissions and said the petitioner should first go to the Ministry of Finance as it has already issued a notification in this regard on invoking of bank guarantees.

The top court said the petitioner can come back to it if he is not satisfied with the actions taken by the Centre on his representation.

The plea said the Finance Ministry, in its annual report for 2019-20, had said that the public sector banks constitute about 65 per cent of the banking industry in India.

"At present, public sector banks (PSBs) have substantially higher levels of NPAs than private-sector banks in core as well as non-core sectors. The same has been observed over a period of time and continues to be true even today. The extent of NPAs in PSBs led Respondent No. 1 to announce Rs. 2.11 lakh crores recapitalization package in October 2017, through inter alia infusion of capital into PSBs," the plea said.