Subrata Roy to remain in jail as Sahara struggles to find Rs 10,000 cr 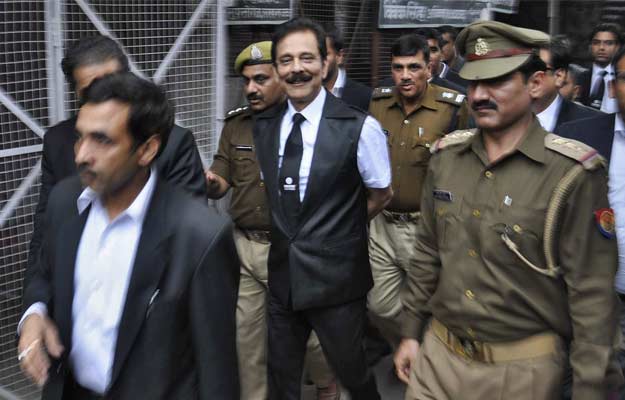 Subrata Roy, the chief of the Sahara conglomerate, will remain in jail for at least another week because his lawyers say they are struggling to find the 10,000 crores needed for his bail.

Mr Roy, 65, was arrested on February 28 for failing to refund Rs. 20,000 crores raised by Sahara from small investors through two bond schemes that were declared illegal in 2012.

Mr Roy's case will next be heard on April 3 by the Supreme Court, granting him another week in Delhi's Tihar Jail.

Different proposals offered by Sahara since his arrest to refund investors in instalments have been turned down as inadequate by the Supreme Court.

Sebi had brought contempt proceedings against Mr Roy and Sahara for failure to comply with a 2012 Supreme Court order to repay billions of dollars to investors.  Sahara had earlier argued that it repaid most investors and that its remaining liability was less than the Rs 5,000 crore it deposited with Sebi, a claim that has been disputed by the regulator and the court.

Promoted
Listen to the latest songs, only on JioSaavn.com
Sahara is best known as the former main sponsor of India's national cricket team, as well as owner of New York's Plaza Hotel and London's Grosvenor House. It has a net worth of $11 billion or around Rs 66,000 crore ($1=Rs 60) and more than 36,000 acres of real estate, according to its website. It also co-owns the Sahara Force India Formula One auto racing team with liquor baron Vijay Mallya.