The S&P BSE Sensex snapped its five-day winning streak while the NSE Nifty 50 Index was little changed despite the Reserve Bank of India surprising the street with a rate cut and changing policy stance to "neutral" under Governor Shaktikanta Das's first monetary policy review. In today's session gains in Reliance Industries, HDFC and HDFC Bank were offset by losses in ITC, Sun Pharma and Axis Bank. The mid- and small-cap shares outperformed their larger peers as both the BSE mid and small-cap indices rose over 0.7 per cent each.

Here are the key highlights of today's trading session: Feb 07, 2019 11:30 (IST)
Sensex held on ot its over 100-point lead while the Nifty 50 index was firm above 11,050 ahead of Reserve Bank of India's monetary policy statement. Rate sensitive banking, real estate and auto shares were witnessing buying interest as the respective indices rose between 0.4-1.5 per cent.
Feb 07, 2019 11:23 (IST)
Vodafone Idea rose as much as 9.89 per cent to Rs. 32.75 after it reported second quarterly loss since Vodafone Plc merged its Indian operations with Idea Cellular in August last year, though the figure was smaller than expected.
The loss after tax was Rs. 5,005 crore in the quarter ended December 31, the company said in a statement, narrower than analysts' forecast for a loss of Rs. 5,256 crore indicated by Refinitiv Eikon data.
Feb 07, 2019 11:16 (IST)
Sun Pharmaceutical Industries Ltd was among the top gainers on the NSE index, rising as much as 3 per cent after its U.S. unit Taro Pharmaceutical Industries posted strong December-quarter results.
Feb 07, 2019 11:04 (IST)
Nifty Bank 27,600 call option contract was among the most active Nifty Bank option contracts on the National Stock Exchange. Premium on the contract rose 6.7 per cent to Rs 43.15 ahead of its weekly expiry. Over 3.95 lakh shares were added to the open interest which stood at over 11.89 lakh shares, according to information on NSE's website.
Feb 07, 2019 10:59 (IST)
All sector gauges compiled by the National Stock Exchange were trading higher led by the Nifty Auto Index's 1.6 percent gain. Nifty Media, Nifty Pharma and Nifty PSU Bank indices were also trading over 1 percent higher.
Feb 07, 2019 10:48 (IST)
Sun Pharma, Bajaj Auto, Yes Bank, Tata Motors, Hero MotoCorp and HCL Tech were the top gainers on the Sensex, trading between 1.30 per cent and 4.57 per cent higher.
Feb 07, 2019 10:32 (IST)
The Nifty Bank and Nifty Financial Services - the NSE's sectoral indices for financial stocks - rose about 0.3 per cent each. Prominent gainers included Punjab National Bank, Yes Bank, Bajaj Holdings & Investment, ICICI Prudential Life Insurance and Max Financial Services, trading between 1 per cent and 6 per cent higher. 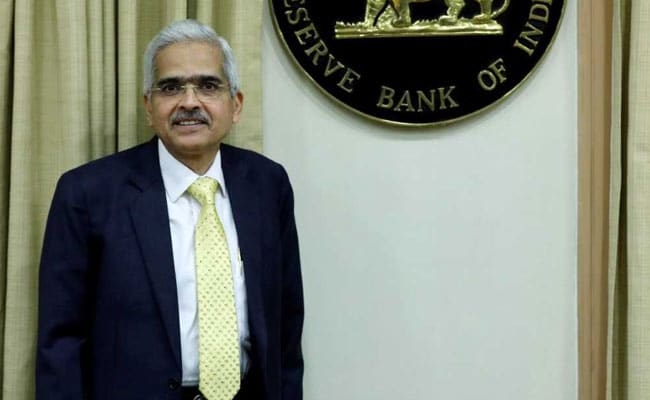 Feb 07, 2019 10:04 (IST)
The December data also indicates that the rate of increase in consumer prices has remained within the RBI's medium-term goal of 4 per cent for five months in a row. (Also read: What economists expect from today's RBI policy statement)
Feb 07, 2019 10:03 (IST)
Consumer inflation - which the central bank monitors primarily to formulate its policy - stood at 2.19% in December. That marked the slowest pace of inflation based on CPI or Consumer Price Index recorded since June 2017.

Feb 07, 2019 10:01 (IST)
The MPC is expected to be cautious on the inflationary impact of the budget even as fiscal slippage seems manageable, said Kotak in a note on February 5. "The MPC might raise concern on the quality of expenditure, especially when the borrowings (government and public enterprises) have increased significantly. However, the MPC decision will hinge solely on the expected benign inflation trajectory," Kotak noted.
Feb 07, 2019 09:53 (IST)
Market breadth favoured the gains, with 959 stocks on the NSE trading higher agaisnt 604 laggards. On the BSE, 994 scrips advanced versus 585 that declined.

Feb 07, 2019 09:12 (IST)
However, the brokerage also acknowledged the possibility of the MPC deciding to tread cautiously and pushing a rate cut to the April policy review. "The RBI's commentary on core inflation and interim budget should be closely watched," it noted.

Feb 07, 2019 09:11 (IST)
Brokerage Edelweiss said in a note on Wednesday that it expects a softer stance from the MPC "with a good chance of a rate cut as well with soft headline inflation, slowing growth momentum and peaking of global rates".
Feb 07, 2019 09:08 (IST)
Domestic stock markets have extended their rally to five days in a row. On Wednesday, the Sensex surged 358 points to close at 36,975 and the Nifty logged its highest closing level in over four months. (Read more: Markets extend rally to fifth straight day)