The move by the State Bank of India (SBI) comes after US President Donald Trump pulled out of an international nuclear deal with Iran last month. 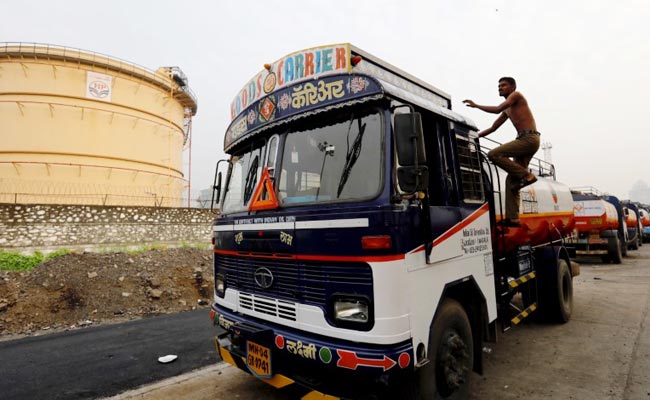 NEW DELHI: Imports of Iranian oil may be hit from end-August after State Bank of India (SBI) informed refiners it will not handle payments for crude from Tehran from November onwards, the finance chief of Indian Oil Corp (IOC) said on Friday. The move by the state-controlled bank, the country's biggest, comes after US President Donald Trump pulled out of an international nuclear deal with Iran last month, pledging to reimpose tough sanctions within 180 days.

"(Oil) loading will be affected from end-August under the current mechanism unless a new payment route is established," IOC's A.K. Sharma told Reuters in a telephone interview.

Although the government had cut imports from Tehran in 2017/18 due to a dispute over a giant gas field, Iran remained its third-biggest oil supplier. Iran supplied about 458,000 barrels per day (bpd), or about a tenth of the country's more than 4.5 million bpd of imports, in the fiscal year to March 2018.

IOC previously said it would look at buying oil from traditional suppliers mostly in the Middle East to compensate for any cut in supplies from Iran related to US sanctions.

Refiners currently use SBI and Germany-based Europaeisch-Iranische Handelsbank AG (EIH) to buy Iranian oil in euros, according to IOC and other companies.

India, Iran's top oil client after China, was one of the few nations that continued to trade with Tehran during a previous round of Western sanctions.

The government has said it does not follow US sanctions, but companies and banks with links to the US financial system could face penalties if they do not comply.

Iran offers Indian refiners a 60-day credit period on oil sales, which means payment for cargoes loaded from end-August will be due in November.

MORE DISCOUNTS?
Analysts feel Iran may have to offer more incentives to protect its oil sales to India.

"Indians may ask Iran for more discount in exchange for early payment for oil purchases instead of a 60-day credit period," said Sri Paravaikkarasu, head of East of Suez Oil at consultancy FGE.

State-refiners previously drew up plans to almost double oil imports from Iran, which had offered deep discounts on shipping of crude.

Seeking to safeguard oil imports from Iran and scout for alternate payment avenues, a delegation last week visited officials and bankers in France, Germany, Britain and the European Union's Brussels base.

(Also Read: A Year Of Daily Price Changes: How Much You Pay For Petrol, Diesel Today)

"That visit was only exploratory in nature ...we are still watching the situation," Oil Minister Dharmendra Pradhan told Reuters earlier this week.

As well as banks, shipping firms and insurance companies have already begun distancing themselves from Iran.

Promoted
Listen to the latest songs, only on JioSaavn.com
"Only NITC (National Iranian Oil Company) and a few others participated, " he said, adding freight rates for transportation of Iranian oil have also gone up due to the threat of sanctions.
© Thomson Reuters 2018