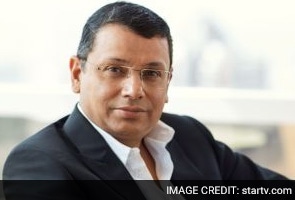 Both Gupta and Madhavan will continue to report to STAR India Chairman and CEO Uday Shankar, the company said in a statement.

Under the new structure, Amit Chopra will be the CEO of Entertainment, which spans drama and movie channels across national and regional channels in Hindi, English, Bengali and Marathi, the company added.

Nitin Kukreja is the CEO of Sports, which includes a portfolio of channels under the STAR Sports banner, while Ajit Mohan has been chosen as CEO of Digital, which oversees Hotstar, STAR's digital platform which recently surpassed 50 million downloads, it added.

Vijay Singh is not the CEO of Fox STAR Studios, which produces and distributes Bollywood and Regional films and Kevin Vaz has been appointed as CEO of South, reporting to K Madhavan.

The South business unit incorporates all of STAR's business interests in the Southern states of Kerala, Tamil Nadu, Karnataka, Andhra Pradesh and Telangana.

Commenting on the changes, 21st Century FoxChief Executive Officer James Murdoch said: "Uday, Sanjay, Madhavan and the entire STAR India team have built a world-class business that has grown at double the industry rate. We are proud of its success and look forward to the next chapter of growth under Uday's transformational leadership."

"We have set ourselves a bold growth agenda and these changes will deepen the leadership bench, unlock entrepreneurial energy and position STAR better to deliver on its ambitions," Uday Shankar, Chairman & CEO STAR India said.

Star India also said it will set up a pan-India Content Studio to drive innovation in programming under Gaurav Banerjee who reports into Sanjay Gupta.