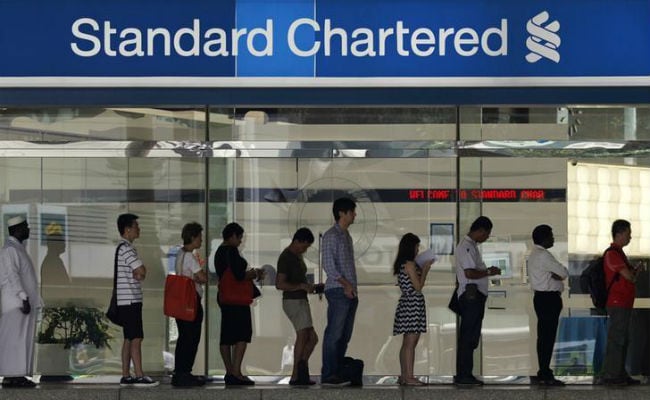 Job cuts at Standard Chartered will be rolled out beginning this week, the report said.

Singapore/Hong Kong: Standard Chartered is set to cut about a tenth of its global corporate and institutional banking headcount, sources with direct knowledge of the matter said on Monday, as the bank steps up an aggressive drive to cut costs.

The job cuts will be rolled out beginning this week across all the major business centres starting with Singapore and Hong Kong, one of the sources told Reuters. All the sources declined to be named because they were not authorised to speak to the media.

"We are making our corporate and institutional banking division more efficient," a Standard Chartered spokesman said, without revealing how many jobs are to be axed.

"Removing duplication in roles and managing our costs to protect planned investments in technology and people means that a small number of existing roles will be impacted."

These efforts have paid off for Standard Chartered's bottom line, and its third quarter result marked a second consecutive quarter of profit after it swung to an annual loss for 2015, when it was hit by the costs of revamping its management team.

Winter also said in November last year the bank would cut 15,000 jobs. It was not immediately clear whether the cuts in corporate and institutional banking formed part of that.

Cooper has been working to overhaul and streamline the structure of the corporate and institutional banking division, the largest unit of the bank accounting for more than 46 percent of its operating income in the six months ended June.

It was not immediately clear how many of the global total of 84,477 employees at the British bank at the end of June were in that division.

Separately, the bank said Ajay Kanwal would step down from his role as regional CEO for ASEAN and South Asia with immediate effect. Anna Marrs, CEO of commercial and private banking, will add the role to her existing position.

In a statement issued by Standard Chartered, Mr Kanwal, who had been with the bank since 1992, said he had resigned after he failed to disclose his past personal investments outside the bank.

"Though I do not own these investments any more, as a senior leader my actions should be beyond reproach. Hence with regret I have decided to tender my resignation," he said.

Promoted
Listen to the latest songs, only on JioSaavn.com
Mr Kanwal, whose senior roles at Standard Chartered included regional CEO for North East Asia and CEO for Taiwan, could not be immediately reached for comment by Reuters.