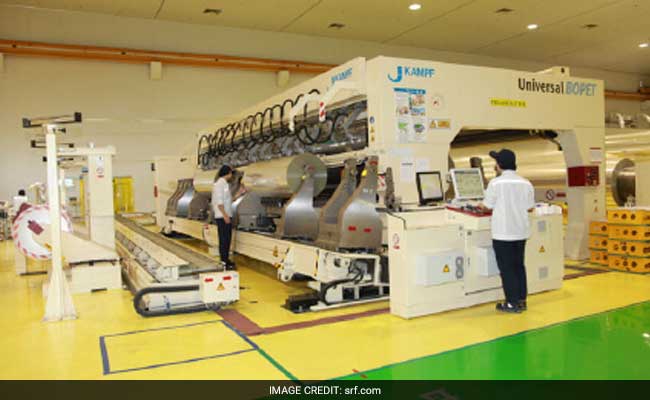 SRF's board declared an interim dividend of 60%.

New Delhi: SRF Ltd, manufacturer of technical textiles, chemicals and polymers, on Monday reported a 27.12 per cent increase in consolidated net profit at Rs 144.19 crore for the fiscal first quarter that ended on June 30, 2016.

The company had posted a net profit of Rs 113.42 crore for the corresponding period a year ago.

In a separate filing, the company said its board in a meeting held on Monday approved setting up of a chloromethanes plant at Dahej, Gujarat, at an estimated cost of Rs 165 crore.

It would be funded through a "mix of debt and internal accruals", SRF added.

SRF's board also declared an interim dividend of 60 per cent, which was Rs 6 per share on the paid-up equity share capital of the company.