The budget carrier conducts second phase of the seaplane trials at the Girgaum Chowpatty off Mumbai's coast. 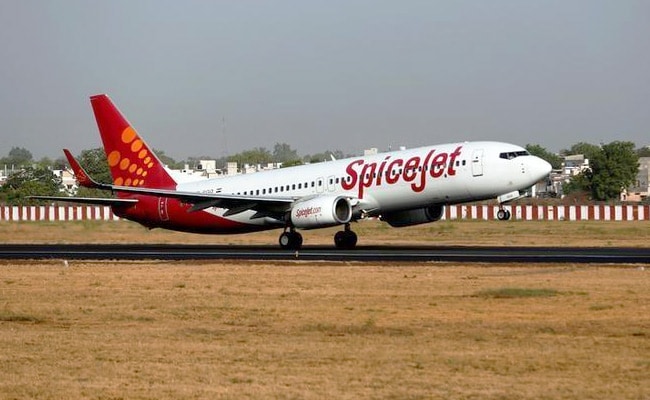 SpiceJet is the only domestic airline to explore air connectivity through water bodies.

Mumbai: Budget carrier SpiceJet, which plans to buy more than 100 amphibian aircraft at an estimated cost of $400 million, may put these seaplanes into operations within one year. The budget carrier today conducted the second phase of the seaplane trials at the Girgaum Chowpatty off the city coast.

The demo flight, carried out in association with Japan's Setouchi Holdings was however, not without the hiccups as the poor visibility delayed its take off by over one-and-half-hour.

Under the first phase, trials were conducted in Nagpur and Guwahati.

"The whole idea is to have it (operations) within a space of next 12 months. It should take 3-6 months to form rules. There is a lot of excitement about this plane for providing connectivity," Singh said.

SpiceJet played a big role in the first phase of regional connectivity Udan and what it is witnessing here is Udan 2.0, Singh said.

"Because what we are trying to connect here are the places which have never been connected by air travel. Our seaplane service will open a whole new market for both the airline and tourism industry and will revolutionise the regional connectivity scheme," he said.

Seaplane operations can bring the remotest parts of India into the mainstream aviation network without the high cost of building airports and runways, Singh added.

The Gurgaon-based airline is the only domestic airline to explore air connectivity through water bodies such rivers or inland waterways.

Uttar Pradesh, Rajasthan, Maharashtra, regions in the North East, Andamans, Lakshadweep and other coastal areas are a few destinations that are being evaluated for amphibious plane operations, the airline said.

"India has a coastline running as long as 7,000 km...We are looking at numerous destinations with numerous applications. We hope this demo flight will lead to a  flurry of activities, which will enhance tourism in the country," Raju said.

SpiceJet and Setouchi Holdings have been working closely for over six months to explore opportunities for small 10 and 14-seater amphibious and land plane operations to provide air connectivity to smaller towns and cities of India remain unconnected due to infrastructural challenges.

Speaking on the occasion, Gadkari said he will ensure all infrastructure required for seaplane operations is in place and will work out the formulation of rules along with the civil aviation ministry.

"SpiceJet has been doing an incredible job in driving the government's UDAN scheme from the very beginning. We are delighted to associate with the airline to support them in their grand endeavour.

Quest Aircraft Company LLC - part of Japan's diversified Tsuneishi Group - is a manufacturer of the amphibian planes. The company is owned by Setouchi Holdings, part of the Tsuneishi Group.

Quest Aircraft also manufactures Kodiak 100 planes that can carry up to eight passengers, depending on the configuration.

Promoted
Listen to the latest songs, only on JioSaavn.com
It can take off and land on a short runway as well as handle uneven terrain and mountainous areas, according to the Japanese group.