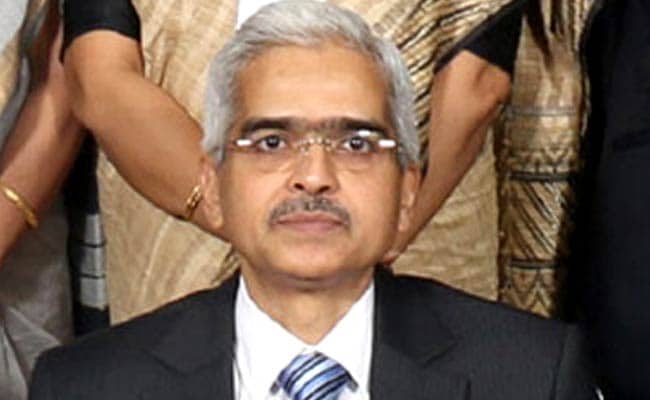 New Delhi: Questioning the methodology adopted by Moody's, Finance Ministry on Thursday said the global agency has ignored reforms initiated by the government and it should not wait "till infinity" for them to take root before upgrading the country's sovereign rating.

"Our concern was mainly about the methodology of the whole process... Of course, the rating agencies are free to arrive at their own conclusion...," Economic Affairs Secretary Shaktikanta Das said.

"I thought the due process has to be followed and you cannot jump the gun," he said alluding to Moody's making certain comments in public a day before having met the Finance Ministry.

Calling the reform process slow and gradual with muted private investment and bad loans posing a challenge, Moody's said on Tuesday it could upgrade India's rating in 1-2 years if it is convinced that reforms are "tangible".

Mr Das added: "We found the methodology to be deficient. That is something we pointed out. So we expressed our serious concerns about the methodology that they are following. Then, there were other issues. We explained to them about the reforms gathering roots and developing sufficient depth."

During meeting with the Finance Ministry on Wednesday, representatives from Moody's are learnt to have said that a rating upgrade could be a reality when the benefits of reforms could be felt on the ground and the country's banking sector stabilises.

Mr Das said: "The depth of the reforms in India cannot be doubted. It is a unidirectional process for the last several years, especially in the last two years. The pace of reforms, and the pace at which reforms are undertaken by the government due weightage has to be given to that.

"You cannot say that I will give zero weightage and I will wait till infinity to see that these reforms take roots...I don't think...it should not be a kind of bottomless pit."

Promoted
Listen to the latest songs, only on JioSaavn.com
In April last year, Moody's had changed India's rating outlook to 'positive' from 'stable' citing reform momentum and had said that it could consider India for an upgrade in next 12-18 months.

During the meeting, the ministry also impressed upon the global rating agency about the government's resolve to contain fiscal deficit at 3.5 per cent of GDP in the current fiscal.