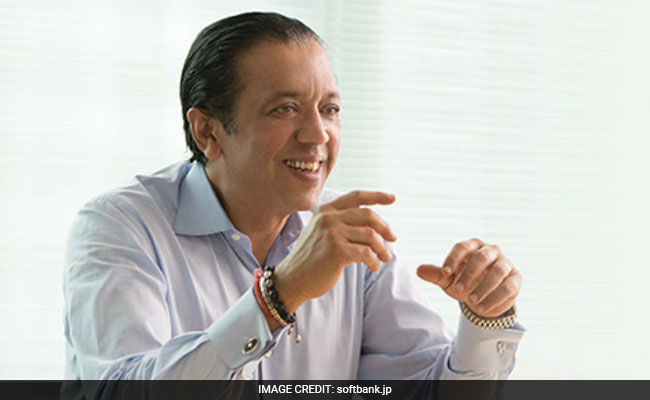 Rajeev Misra joined SoftBank in 2014 and is the group's head of strategic finance.

Dubai/Tokyo: Saudi Arabia and Japan's SoftBank Group will create a technology investment fund that could grow as large as $100 billion, making it one of the world's largest private equity investors and a potential kingpin in the industry.

The move is part of a series of dramatic business initiatives launched by Riyadh this year as Saudi Arabia, its economy hurt by low oil prices, deploys huge financial reserves in an effort to move into non-oil industries.

The project will be led for SoftBank by Rajeev Misra, the group's head of strategic finance and who joined the Japanese firm in 2014 from Fortress Investment Group, a private equity and hedge fund group. Saudi Arabia's top sovereign wealth fund, the Public Investment Fund (PIF), will engage its own team.

Mr Misra was a senior managing director and partner in the Fortress' London office and served as global head of fixed income, currencies and commodities (FICC) at UBS between 2009 and 2013. Prior to that, he spent over 10 years at Deutsche Bank as global head of the fixed income division. He has B.S. in mechnanical engineering, an M.S. in Computer Science, and an MBA from MIT Sloan School of Management, shows a profile on SoftBank's website.

Earlier this year, it invested $3.5 billion in U.S. ride-hailing firm Uber, surprising many.

SoftBank, a $68 billion telecommunications and tech investment behemoth, has also been stepping up investment in new areas. It agreed to buy U.K. chip design firm Arm Holdings in July in Japan's largest ever outbound deal.

PIF will be the lead investment partner and may invest up to $45 billion over the next five years while SoftBank expects to invest at least $25 billion.

Several other large, unnamed investors are in active talks on their participation and could bring the total size of the new fund up to $100 billion, SoftBank said.

"Over the next decade, the SoftBank Vision Fund will be the biggest investor in the technology sector," SoftBank Chairman Masayoshi Son said in a statement.

At an annual rate of $20 billion, the new London-based fund could at current levels account for roughly a fifth of global venture capital investment.

In the year to September, venture capital-backed companies globally raised $79 billion, according to data from KPMG and CB Insights, with tech start-ups attracting the lion's share of that cash.

"Son is very good at looking for companies with big growth prospects, and that will create fierce competition," said Hiroyuki Kuroda, secretary general of the Venture Enterprise Center in Japan.

He aims to expand the PIF, founded in 1971 to finance development projects in the kingdom, from $160 billion to about $2 trillion, making it the world's largest sovereign fund.

In June, the PIF departed from Saudi Arabia's traditional strategy of low-risk investments and took a step into the tech world with the Uber investment.

That deal which illustrated how Riyadh now hopes to use its investments to develop the economy: Uber is a popular form of transport for Saudi women, who are banned from driving, and is creating badly needed non-oil jobs for Saudi citizens.

Promoted
Listen to the latest songs, only on JioSaavn.com
SoftBank, a diverse company with stakes from U.S. carrier Sprint to e-commerce giant Alibaba, is also changing, shifting towards cutting edge tech investments after Mr Son scrapped retirement plans in July and announced plans to reinforce "SoftBank 2.0". It is still wrestling with a $112 billion debt pile and the turnaround of Sprint.

"SoftBank has been looking to invest aggressively in the internet of things, and this fund is part of that wider move," said Naoki Yokota, analyst at SMBC Friend Research Center Ltd.