SoftBank Group CEO Masayoshi Son touched on favourite themes in the interview, including the "extremely unsavoury" state of Japan. 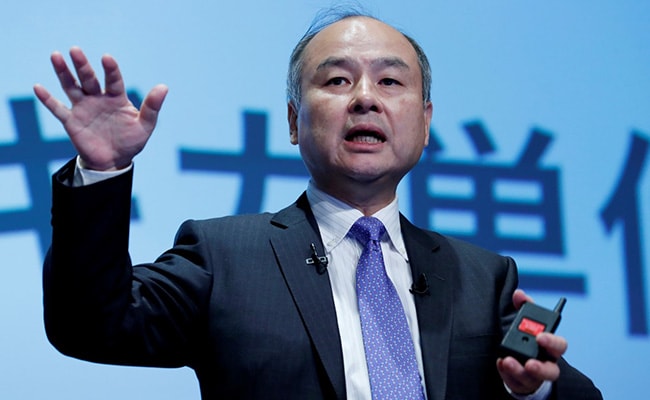 SoftBank Group CEO Masayoshi Son said he is "embarrassed and flustered" by his track record, in comments to Nikkei Business magazine. "When I look at the growth of US and Chinese companies, I feel strongly it's not good enough," Mr Son said in an interview.

SoftBank founder Mr Son is spending most of his time on the group's investing activities - centred on the $100 billion Vision Fund - leaving day-to-day running of core businesses such as telecoms operator SoftBank Corp to key lieutenants.

With portfolio company WeWork pulling its IPO and valuations at other key investments falling, SoftBank is struggling to attract investment to a second mammoth fund, news agency Reuters reported last week. Mr Son touched on favourite themes in the interview, including the "extremely unsavoury" state of Japan and its "grass-eating" entrepreneurs - a Japanese phrase that makes a negative comparison with more aggressive meat-eaters.

By contrast "there is technological innovation in the US, China is growing mammoth and Southeast Asia is booming", Mr Son said.

Investor scepticism of the path to profitability for Vision Fund's investments in money-losing startups such as Uber Technologies and Slack Technologies has led to a market sell-off, with SoftBank Group shares on Monday closing down 30 per cent from their July peak.

"I include myself when I say it is not the time for Japanese entrepreneurs to be making excuses," Mr Son said.