Food costs have soared and Lebanon's own economic meltdown, but Qassem Shreim, the builder-turned-farmer feels shielded by his self-sufficiency. 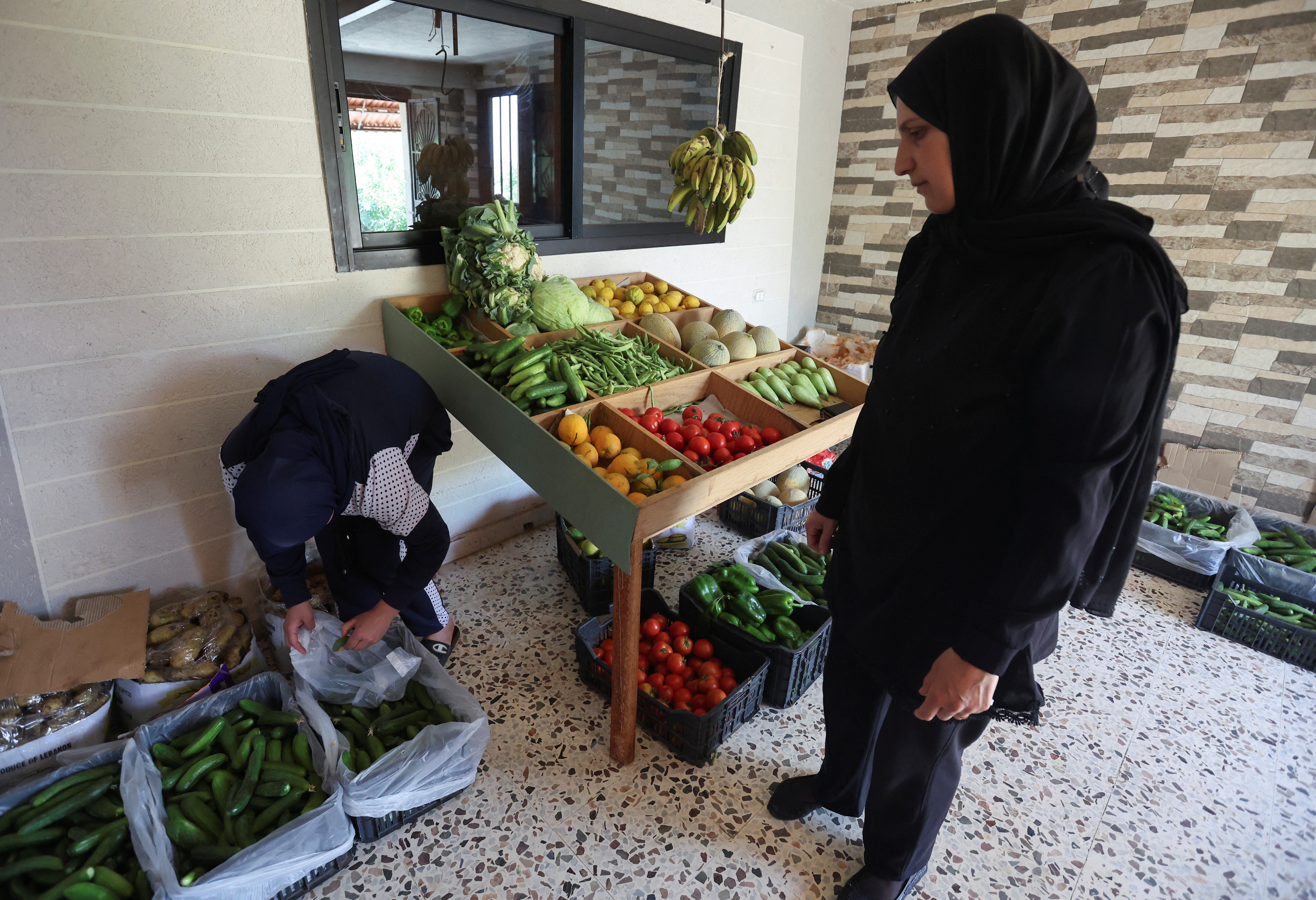 Like many families in crisis-plagued Lebanon, Qassem Shreim turned to farming

In a remote village in southern Lebanon, Qassem Shreim crouched low to examine his wheat crop. Food costs have soared amid a global wheat crisis and Lebanon's own economic meltdown, but the builder-turned-farmer feels shielded by his self-sufficiency.

Like many families in crisis-plagued Lebanon, Shreim turned to farming after the local pound began to slip in 2019, making his construction work scarce and his grocery runs ever more costly.

"We couldn't work, so what did we do? We turned to agriculture," the 42-year-old told Reuters in his home village of Houla, near the border with Israel.

Lebanese authorities have incrementally increased an official price cap on loaves of the staple pita bread and fears of a wheat shortage have grown since Russia's invasion of Ukraine derailed grain shipments.

That crisis feels worlds away in Shreim's humble home, where slices of melon picked from their garden glisten in the afternoon sun and the kitchen is stocked with flatbread baked by his wife, Khadija, using wheat from their land.

Their front patio and hallway have been turned into a makeshift shop, where wooden stalls made by Khadija bear fat watermelons and jars of freshly-pressed grapeleaves.

"Self-suffiency starts at home. I used to buy everything from the shops. Today all the vegetables I need are available here," said Shreim.

Over the last three years, his family has planted everything from wheat and lentils to tiny eggplants and curled green chili peppers.

The plots are at a lower altitude, where water is more plentiful, and regularly rotated to replenish nutrients in the soil while maximizing the number of harvests.

But Shreim wasn't born with green fingers: he learned how to set up greenhouses by watching YouTube videos and has gathered tips and tricks from other farmers.

Khadija, 39, has also relied on technology to run the shop.

She sends daily grocery prices every morning to the women of al-Houla through a WhatsApp messenger group by 9 am, and they message back with their requests.

"They call me the mayor of the village here, I know everyone," said Khadija.

For her, sustainability goes beyond farming. She encourages customers to come with their own fabric bags to minimize use of plastic bags and researches preserving techniques on YouTube.

"As the crisis worsens, I invent new things. For example, I turned what I had remaining from the small eggplants into jam. You wouldn't believe it - people would tell me 'what do you mean by eggplant jam?' I couldn't keep up with orders," she said.

Still, Shreim's operation is not entirely untouched by Lebanon's crisis.

Their home gets one hour of state-provided electricity every day and another four hours from a private generator, which limits how much water they can pump into their gardens.

Rains were plentiful last winter but Shreim fears a drier winter this time around could wreak havoc on next year's crops.

They have cut back on vitamins and some pesticides for cost reasons. Before the crisis, farmers often trucked their produce to Beirut, where they could sell at higher prices.

"Today, it's different - if I want to take products down to Beirut's wholesale market for fruits and vegetables, and assuming the car doesn't break down, the cost of fuel would be what I earn in an entire season," Shreim said.

The tractor he uses to plough his fields runs on diesel and he counts "every second" that he runs it.

But Shreim shrugged off such worries.