Uttar Pradesh - the most populous state in India, along with economically significant states such as Maharashtra, Tamil Nadu, and West Bengal have not yet reached the 'safe' levels of vaccinations, according to Oxford Economics. 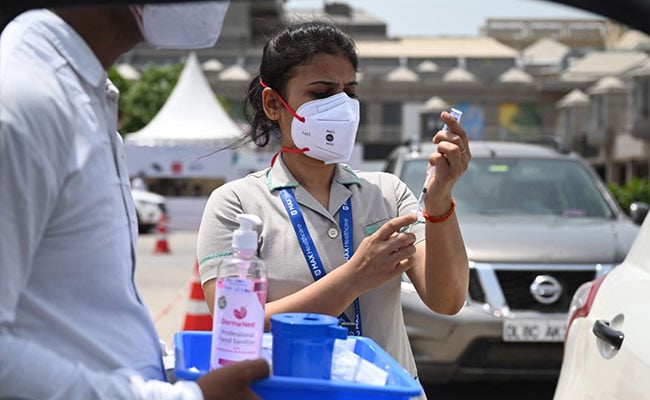 After a sluggish pace of vaccinations through most of April and May, India has picked up its vaccination pace in June, however, the smaller and less populous states have made better vaccine progress compared to the larger ones, according to a report by Oxford Economics. Over 80 lakh doses were administered on June 22 - the highest in a single day, as the revised guidelines for vaccinations, came into effect across the country. Under the new guidelines, the government will provide free COVID-19 vaccines to all Indian citizens above 18 years of age.

However, Uttar Pradesh - the most populous state in India, along with economically significant states such as Maharashtra, Tamil Nadu, and West Bengal have not yet reached the 'safe' levels of vaccinations, according to Oxford Economics.

''International experience suggests that it is more prudent for governments to start relaxing restrictions substantially after between 28 per cent - 47 per cent of the population have been vaccinated, which we call the 'vaccine tipping point' range,'' said the report. Accordingly, Delhi, Karnataka, Kerala, and Gujarat have edged to the tipping point range, but economists think that there are still reasons to remain cautious.

''The vaccination rates are far below the levels deemed to be safe for easing social distancing measures in the more populous and economically important states. Premature state re-openings could backfire and may result in a renewed rise in infections, leading to re-tightening of restrictions in the future'', said Oxford Economics.

The vaccine situation in the country keeps the outlook cautious and Oxford Economics has maintained the economic growth forecast in 2021 at 9.1 per cent. Meanwhile, earlier in the day, Moody's Investors Service also trimmed India's growth projection to 9.6 per cent for 2021 calendar year, from its earlier estimate of 13.9 per cent. It added that a faster vaccination pace in the country will be crucial in restricting the economic losses to the April-June quarter.

In a report published last week, Swiss brokerage UBS Securities India said that the economy may have contracted 12 per cent in the June quarter due to lockdowns imposed in various states in April and May to control the second wave of the pandemic.