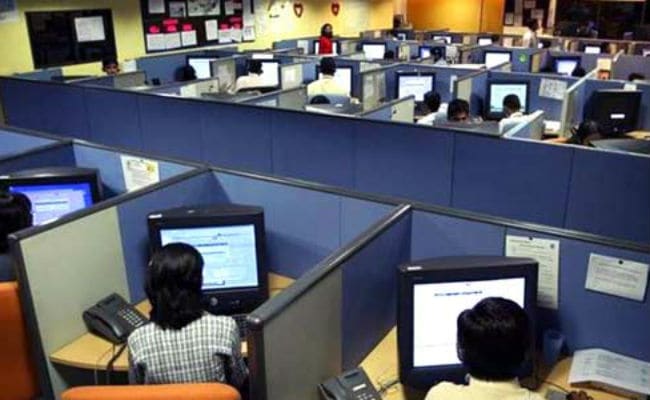 A proposed overhaul of popular H-1B visa regime by the US has raised concerns among Indian IT firms.

Indian IT industry body Nasscom has said the government has sought detailed business data from the industry so that it can effectively take up their concerns over the US visa issue with the Donald Trump administration in the US.

"Industry was asked to provide data on its contribution to the US economy, the size of the India opportunity for US companies and the economic impact to both countries of any restrictive measures," Nasscom president R Chandrashekhar said.

The issues related with visa were discussed during a meeting chaired by Commerce and Industry Minister Nirmala Sitharaman earlier this week. "The government needs solid data to take up the industry concerns with America," sources said.

Ms Sitharaman on February 9 held detailed discussions with top government officials and industry representatives on the proposed tightening of the US visa regime and its impact on the domestic IT sector. Secretaries from the ministries of external affairs, finance, telecommunication, electronics and IT, commerce as well as the Department of Industrial Policy & Promotion (DIPP), besides representatives of Nasscom, were among those present.

It was suggested that industry bodies such as Nasscom should collate the data and assess the likely impact of the proposed changes in the visa regime by the US. An industry source too stated that they have been advised to share the data "as in how much business will be impacted due to the new American visa policy".

"It was agreed that a joint effort by industry and government is needed to deal with the rising global tide of protectionism," Mr Chandrashekhar of Nasscom added.

Recently, a US legislation (Lofgren Bill) has been introduced that proposes doubling of the minimum wages of H-1B visa holders to $1,30,000. The current H-1B minimum wage of $60,000 was fixed in 1989 and has since remained unchanged.

Such protectionist stance by the US could also spell more trouble for IT firms that are already facing strong headwinds from currency fluctuation and cautious client spending.

Indian IT sector - which contributes 9.3 per cent to the country's GDP - is one of the largest private sector employers of 3.7 million people. It uses H-1B visas to send thousands of highly-skilled workers to the US every year. The proposed overhaul of popular H-1B visa regime by the new US President Mr Trump has raised concerns among Indian IT firms, as any changes in the visa regime may result in higher operational costs and shortage of skilled workers for the $110-billion Indian outsourcing industry.

Analysts say the issue threatens to sour Prime Minister Narendra Modi's burgeoning relationship with the new US president. The US accounts for nearly 62 per cent of the exports, while EU is the second largest market for the Indian IT services exporters contributing approximately 28 per cent.

Promoted
Listen to the latest songs, only on JioSaavn.com
Meanwhile, Infosys co-founder N R Narayana Murthy had in an interview to NDTV last week said Indian IT companies should stop using H-1B visas. They should stop sending a large number of Indians to those countries to deliver services and focus on local hiring, Mr Murthy had said.