With Shalby Healthcare IPO, one more chain of hospitals is set to be listed on the stock exchanges after Apollo Hospitals and Narayana Hrudayalaya 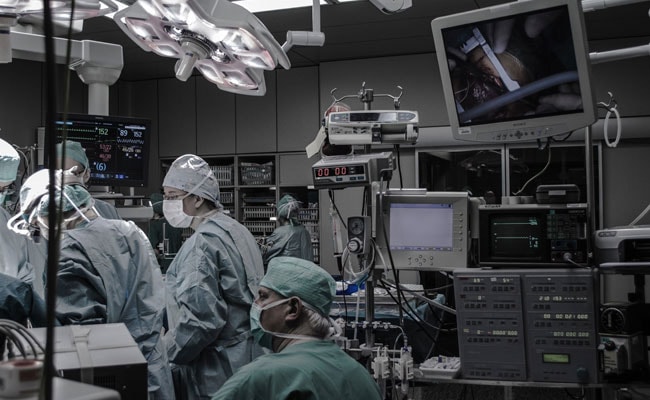 Shalby IPO will close on December 7

The initial public offer (IPO) of Shalby, the Ahmedabad-based multi-specialty hospital chain, was oversubscribed 1.08 times in morning session on the last day of the bidding on Thursday. The IPO, which aims to raise Rs 504 crore, received bids for 1,57,11,900 shares against the total issue size of 1,45,21,686 shares - a subscription of 1.08 per cent - data available with NSE till 11.30 am showed.

The initial share sale, which opened to public subscription on December 5, will close today. Shalby on Monday raised over Rs 150 crore from anchor investors. The IPO comprises a fresh issue of shares aggregating up to Rs 480 crore and an offer for sale of up to 10 lakh equities.

The price band has been fixed at Rs 245-248. At the upper end, the public issue would fetch Rs 504 crore. Proceeds of the IPO will be utilised towards repayment of borrowings by the company, besides purchase of medical equipment for the existing, recently set-up as well as upcoming hospitals.

Ten things that you should know about the Shalby IPO

4. The company's strengths include leadership in orthopedics, and company's good track record of healthy operating and financial performance, Reliance Securities says in an IPO note.

5. The major risks for Shalby Healthcare are too much dependency on two hospitals SG Shalby and Krishna Shalby, and on orthopedic for a substantial portion of revenue.

6. The company runs 11 hospitals with an aggregate bed capacity of 2,012 beds.

7. The IPO, which aims to raise Rs 504 crore, received bids for over 29.32 lakh shares against the total issue size of more than 1.45 crore scrips.

Promoted
Listen to the latest songs, only on JioSaavn.com
8. Proceeds of the IPO will be utilised towards repayment of borrowings availed by the company besides purchasing medical equipment for existing, recently set-up as well as upcoming hospitals.

9. Another risk that the company faces is that revenue is primarily derived from inpatient treatments, which could decline due to multiple factors.