The RBI governor said the country needs $4.5 trillion for investment in Infrastructure by 2030 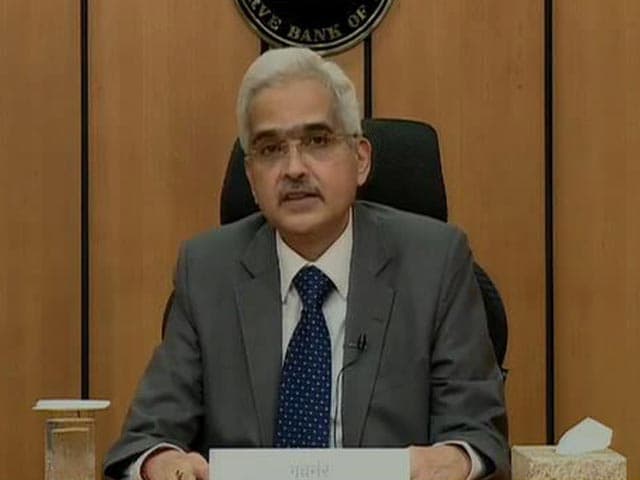 RBI governor Shaktikanta Das was speaking at a CII event

Reserve Bank of India (RBI) Governor Shaktikanta Das on Monday advocated for stepping up investments in the infrastructure sector to restart the economy reeling under the impact of the COVID-19 pandemic. In his address to the India Inc at a Confederation of Indian Industry (CII) event, Mr Das said both private and public sectors have to play an important role in developing infrastructure that requires huge investments. Terming the infrastructure space as a force multiplier for the economy, he added that a big push to certain targeted mega projects can "reignite" the economic growth. Stating that recent agriculture reforms have opened up new opportunities, the RBI Governor said the sector is emerging as a bright spot and "fortune is shifting in favour of the farm sector in the economy".

Mr Das said the country needs $4.5 trillion for investment in Infrastructure by 2030, citing Niti Aayog estimates. He suggested high speed rail infrastructure projects connecting the length and breadth of the country as a long-term measure to strengthen the sector. He also assured the industry that the central bank will not hesitate to take steps as and when required amid challenges and will remain extremely vigilant.

Speaking at the event, Mr Das listed five major dynamic shifts in the country that need to be "converted into structural transformations" and will lead to "sizeable benefits for economy".

"The fortunes shifting in favour of the farm sector, the changing energy mix in favour of renewables, leveraging information and communication technology (ICT), and start-ups to power growth, shifts in supply and value chains, both domestic and global, and infrastructure as the force-multiplier for growth" are the five major dynamic shifts underway in the economy, he said.

The RBI Governor also said he has advised banks to undertake a stress test and raise capital proactively to meet challenges.