The status quo on key lending rates by the RBI comes at a time when the economy is struggling against a more than six-year low GDP expansion rate.

The Reserve Bank of India (RBI) kept its key lending rate unchanged in a shock decision on Thursday and sharply revised its forecast for the economy to project the weakest growth in seven years. The RBI's monetary policy committee led by its Governor Shaktikanta Das voted to hold the repo rate at 5.15 per cent. The central bank lowered its GDP growth forecast to 5 per cent from 6.1 per cent, while maintaining an "accommodative" policy stance. Economists had widely expected the RBI to deliver its sixth interest rate cut of the year at a time India is struggling against a more than six-year low GDP expansion rate and thousands of job losses amid a slowdown across sectors.

Here are 10 things to know about the RBI's decision: 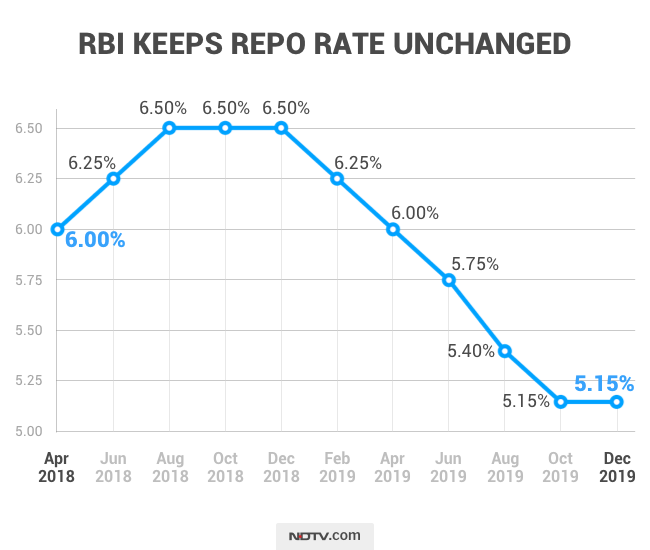 India Could Pull Off World's Fastest Pace Of Growth Despite Covid