Shaktikanta Das: Everything You Need To Know About RBI's New Governor

Shaktikanta Das, who retired as Economic Affairs Secretary in May 2017, has been appointed for a term of three years. 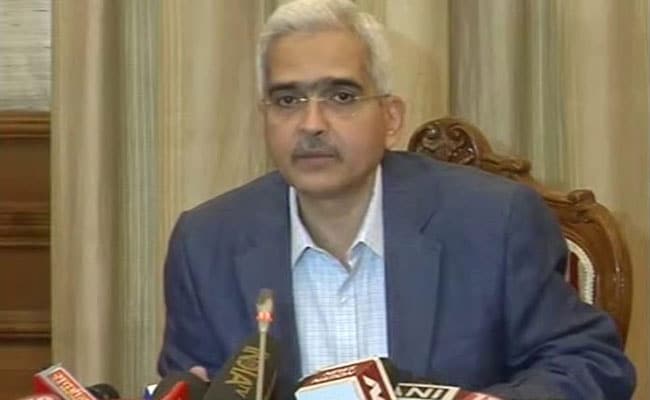 The government on Tuesday appointed former Economic Affairs Secretary Shaktikanta Das as the new Reserve Bank of India (RBI) governor, reported news agency Indo-Asian News Service (IANS). Mr Das, who retired as Economic Affairs Secretary in May 2017, has been appointed for a term of three years. "The Appointments Committee of the Cabinet has approved the appointment of Shaktikanta Das, former Secretary, Department of Economic Affairs, as Governor of the Reserve Bank of India (RBI) for a period of three years," official order was quoted as saying in the IANS report.

Mr Das replaces Urjit Patel, who surprisingly resigned from the central bank on Monday amid growing differences with the government over a range of subjects including the central bank's autonomy.

Mr Das, a history graduate from the prestigious St. Stephen's College in Delhi, is a 1980-batch Tamil Nadu cadre IAS officer. He is known as an experienced bureaucrat. He has worked extensively in the budget division under both ruling government and the previous coalition led by the main opposition Congress party.

He was brought to the Finance Ministry soon after the BJP-led National Democratic Alliance (NDA) government came to power in mid-2014 and was given charge of the revenue department. While in the finance ministry, Das, 61, was involved in drafting India's Insolvency and Bankruptcy code, aimed at protecting small investors.

He was later moved to the economic affairs department, which essentially deals with monetary policy and the RBI. Mr Das oversaw the re-monetisation of the economy after the shock decision to withdraw 86 per cent of the currency in circulation in November 2016. Last year, he criticised the methodology of global rating agencies and sought a sovereign rating upgrade.

After his retirement, he was named India's G-20 Sherpa and also appointed as a member of the 15th Finance Commission.