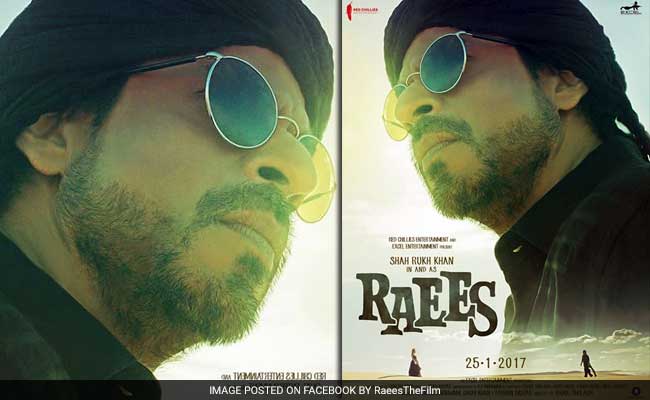 Shah Rukh Khan starrer Raees will be released on January 25.

The forthcoming releases of many star-led movies like Shah Rukh Khan's Raees, Hrithik Roshan's Kaabil,  Akshay Kumar's Jolly LLB 2 and Amitabh Bachchan's Sarkar 3 have lifted hopes that Bollywood will have  a good January-March quarter. Traditionally, the three-month period is not the best of times for multiplexes as footfalls get affected due to school examinations.

Domestic brokerage Edelweiss Securities has said in a report that the movie line-up during this quarter "seems better than the past".

"Generally, Q4 (March quarter) is the worst quarter for multiplexes as footfalls get affected due to school exams. Hence, star-led movies are not released during the quarter. However, Q4FY17 will see a number of star-led movies like Raees (starring Shah Rukh Khan), Kaabil (Hrithik Roshan), Jolly LLB 2 (Akshay Kumar) and Sarkar 3 (Amitabh Bachchan), which are anticipated to do well," the brokerage said.

Both Raees and Kaabil hit the screens today.

Besides demonetisation, the collections by multiplexes were likely to have been impacted in the December quarter due to muted box office performance of some Hollywood releases, the report said.

Promoted
Listen to the latest songs, only on JioSaavn.com
"Hollywood movies too were muted - Inferno, Jack Reacher, Fantastic Beasts and Doctor Strange failed to evince interest. This is likely to take a toll on multiplexes," according to Edelweiss Securities.

However, going ahead, the brokerage has a positive stance on PVR and Inox shares as it expects them to capture a higher share of box office pie due to addition of screens in the past 12 months.