Service Tax Rate To Rise From 15% To 18% Under GST: Hasmukh Adhia 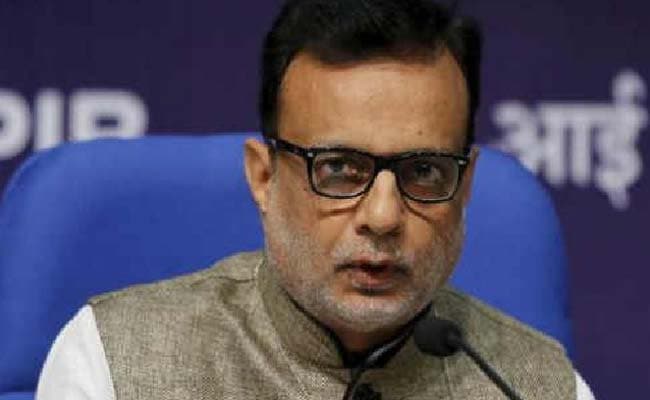 New Delhi: Services sector is likely to attract a higher tax rate of 18 per cent from the current 15 per cent under the Goods and Services Tax (GST) regime, thus making services "slightly" more expensive, Revenue Secretary Hasmukh Adhia has said.

"Yes, for the services sector the standard rate may move to 18 per cent," Adhia told IANS in an interview here.

However, those exempted at present -- like healthcare, education and agriculture -- are likely to remain so.

"Whatever is in the present exempt list, we will try to continue it. We would recommend this to the Council and it will take a view on it. Most probably they should agree. Our attempt is not to upset too many things in one go," he said.

At present, the services sector is taxed at 14 per cent with two additional cesses -- Swachh Bharat Cess and the Krishi Kalyan Cess attracting half a per cent each -- taking the burden to 15 per cent.

However, those who earn less than Rs 20 lakh a year will not have to register under the GST or pay any service tax, Adhia clarified later. At present, service tax has to be paid if the income is above Rs 10 lakh.

The GST law also says that agriculturalists -- who employ themselves or their family members -- will not come under GST even if their turnover is over Rs 20 lakh annually. Those who are employing persons and have a turnover of over Rs 20 lakh a year will have to register under the GST.

Currently, sericulture, floriculture, dairy, horticulture, fishing that usually employ outside labourers on a large scale are exempt from service tax as they come under agriculture. But whether these will attract tax under GST is still debatable.

"Those who are dealing in anything except what we have defined as 'agriculturalist' will have to register (under GST). But whether their products are taxable or not will have to be decided by the Council," he said.

"We have not yet decided on the exemption list. That will be decided separately by the Council, I don't think it will want to tax many agriculture products," Adhia told IANS.

He also said that some services which currently have less than 15 per cent tax rate may attract lower rates.

The Revenue Secretary also noted that since petrol and petroleum products have been kept zero-rated under the GST regime, transport can be a good candidate for 5 per cent tax rate.

The GST Council had decided to impose tax at four slab rates of 5 per cent, 12 per cent, 18 per cent and 28 per cent, apart from the zero tax level.

Currently, there are about 60 services which are exempt from service tax, including education, healthcare and religious pilgrimage.

In terms of goods, Adhia said that whatever is the exact incidence of excise plus VAT, the fitment will be into a tax slab closer to that. But depending on whether the goods are put in the higher slab or the lower slab, the taxes may increase in a few cases.

"Most of the items will be as per formula, only a few items will need discussion. In a few cases, the taxes may increase, but not in all cases. Every year, the Council will meet and revise rates," he said.

Though the GST Council took 13 meetings to decide on the enabling laws, Adhia said that since fitment of goods and services is a straightforward thing, it should not take too much time.

The Council is slated to meet on May 18-19 in Srinagar to decide on GST Rules, after which the fitment discussions will be taken up.

Adhia said that the government is determined to roll out the GST regime from July 1 despite some industry stakeholders demanding further postponement of the new tax regime.

"We are determined to roll out GST from July 1, it doesn't seem to be a problem. The live testing of GST is scheduled to begin from first week of May," he said.

Adhia agreed that GST will have a greater compliance burden as companies having physical presence in more than one states need to do multiple registrations and pay taxes separately to each state.

"I won't say it will complicate, but yes there is a slightly greater compliance burden on the centralised service sector operators because they have to pay tax to all the states. Centralised registration is not possible in the GST model," he said.

Promoted
Listen to the latest songs, only on JioSaavn.com
"GST is a consumption-based taxation model, in which states want to calculate how much services are provided in their jurisdiction. That's why the returns have to be filed separately for every state," he added.