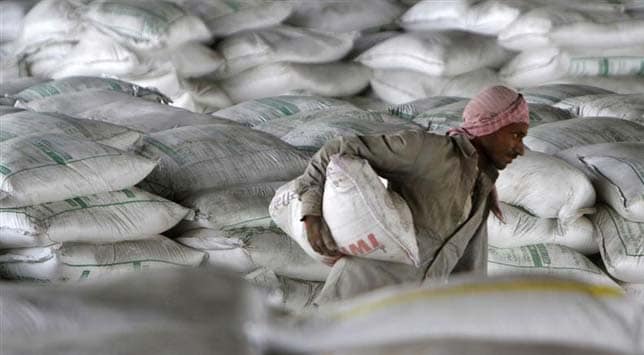 The BSE Sensex jumped nearly 150 points to close above the key 17,000 level, while the Nifty index closed above the crucial 5,150 mark, considered to be a strong support. Markets ended at the highest level since May 3, 2012.

Markets broke out a tight range in the last hour of trade. Stocks gained despite the rupee hitting a record low in trade and adverse global cues. World markets declined after the Fed disappointed overnight, saying it was extending Operation Twist to keep long-term interest rates low.

"Markets have discounted the worst. They are holding on. As long as the Nifty stays above 5,100, sentiments are positive," Avinnash Gorakssakar of Moneyinvestments.in told NDTV Profit.

Among the heavy weights, Reliance Industries (-2.5%) was the biggest underperformer. The stocks closed off the day's low, though it remained at the bottom of the Nifty index. It came under selling pressure after Canadian oil and gas producer Niko Resources cut its gas estimate for the KG D6 block in which Reliance is the major stake holder.

Cairn India (-2.35%), another oil explorer, was among the big laggards on falling crude prices, which affects the company's profitability. TCS (-2.3%), India's biggest software exporter, fell the most among frontline IT stocks. Cement stocks like Ambuja (-2.1%) and ACC (-1.4%) declined expecting punitive action by anti-monopoly watchdog for alleged cartelization.

Promoted
Listen to the latest songs, only on JioSaavn.com
The market breadth turned positive with nearly 72% stocks rising on the broader BSE 500 index.