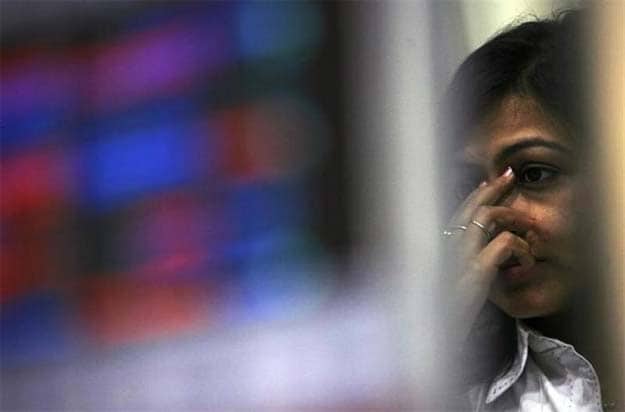 BSE Sensex and Nifty struggled for the fourth day amid high volatility. The frontline indices were down over 1.5 per cent in late trade today.

The fall reflects some profit-taking after market hit record highs. The budget unveiled on Thursday was generally well received although some analysts said it lacked major reforms and details about how the government will meet the fiscal deficit target of 4.1 per cent. Market analyst Ambareesh Baliga says though the budget is forward looking, it did not give instant gratification what typically markets look for. "The markets had run up sharply and it is natural to have some correction," he adds.

Mr Baliga does not expect markets to see steep corrections as many investors who had missed the rally could buy on dips.

Strong selling pressure was seen in sectors that had run up sharply ahead of the Budget. Banking, metal, oil & gas, power, and capital goods sub-indices on the BSE were down between 2-4 per cent.

BHEL fell over 8 per cent to be the biggest Nifty loser. JSPL, DLF, NMDC and Hindalco declined between 5-7 per cent. Among the banking stocks, SBI, PNB and Bank of Baroda fell nearly 4 per cent. Oil & gas heavyweight RIL fell 3 per cent and while ONGC declined 2 per cent.

Some buying was seen in IT stocks after Infosys first-quarter profit beat estimates. Infosys, Tech Mahindra, HCL Tech and Wipro were up nearly 1.5-2 per cent.

IT major Infosys beat margin expectations in June quarter and retained its full year guidance on Friday sending its shares up by 4 per cent in early trade. The stock was the top gainer on the 50-share Nifty benchmark. Infosys' consolidated sales in the June quarter grew to Rs 12,770 crore against estimates of Rs 12,817 crore, but profits were higher at Rs 2,886 crore beating estimates of Rs 2,677 crore on the back of better-than-expected rise in margins.

Promoted
Listen to the latest songs, only on JioSaavn.com
Some buying was also seen in healthcare stocks. Dr Reddy's Lab and Sun Pharma were up over 2 per cent.