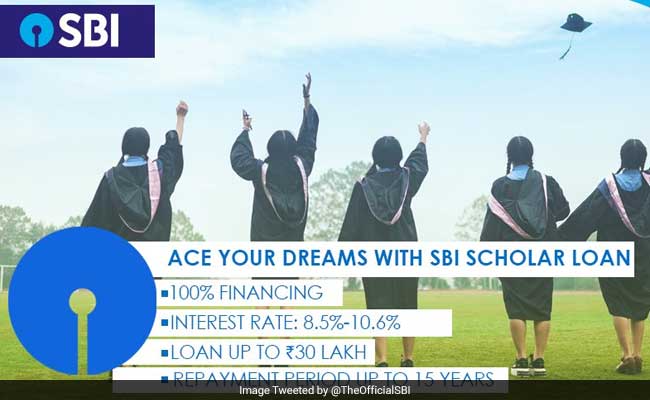 State Bank of India offers loans up to Rs 1.5 lakh under the Skill Loan scheme.

State Bank of India or SBI is offering loans for professionals so that they can add new skills to their profile. SBI's Skill Loans scheme enables "you to get professional certification from any college or course affiliated with the various institutions", according to a tweet by India's largest bank. The Skill Loans covers training at various training institutions besides National Skill Development Corporation and State Skill Corporation, said SBI, which recently updated its branding with a new monogram after its merger with six banks.

(Also read: At SBI, you don't need to maintain minimum balance in these accounts)

SBI’s Skill loan enables you to get professional certification from any college or course affiliated with the various institutions. pic.twitter.com/Owprmkie3i

State Bank of India offers loans up to Rs 1.5 lakh under the Skill Loan scheme. The Skill Loan comes with an effective interest rate of 9.5 per cent, based on an MCLR or marginal cost of funds-based lending rate of 8 per cent.

Promoted
Listen to the latest songs, only on JioSaavn.com
SBI's Skill Loan scheme also offers a concession of 1 per cent for a full term, in case the interest is serviced promptly "as and when applied during the moratorium period, including course duration", as per the bank's website. 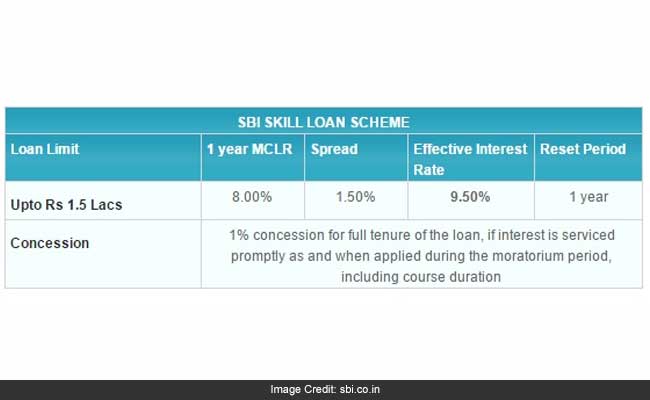 State Bank of India is also offering 100 per cent financing on education loans up to Rs 30 lakh with a repayment period of up to 15 years. Students can apply for term loans under SBI's scholar loan scheme for pursuing higher education in select 120 premier institutions in the country - including several IIMs and IITs.

SBI merges 5 associate banks and the Bharatiya Mahila Bank with itself. With this feat, SBI joins the coveted league of Global Top 50 banks. pic.twitter.com/2qpZyMEjQn