As many as seven women have been named in Forbes magazine's annual 'India Rich List 2017'. 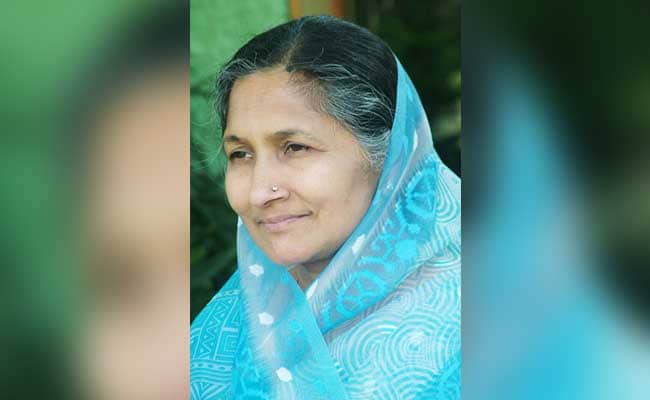 Savitri Jindal and family ($7.5 billion) was at the 16th place on the coveted Forbes list.

New Delhi: As many as seven women have been named in India's 100 richest persons list, including O P Jindal group Chairperson Savitri Jindal and biotechnology pioneer Kiran Mazumdar-Shaw. Savitri Jindal and family ranked the highest at the 16th place on the coveted list with a net worth of $7.5 billion, which was topped by Mukesh Ambani for the tenth straight year with a net worth of a staggering $38 billion.

Savitri Jindal was followed by the Gupta family, which was ranked at the 40th place with a fortune of $3.45 billion in Forbes magazine's annual 'India Rich List 2017'.

The coveted list also includes Vinod and Anil Rai Gupta and family, ranked 48th with a net worth of $3.11 billion.

Mother and son Vinod and Anil Rai Gupta draw their fortune from a 60 per cent holding in flagship Havells India, founded by Vinod's late husband Qimat Rai Gupta in 1958 as an electricals trading business.

At the 51st place is the Jain family with a net worth of $3 billion. The Jain family controls media powerhouse Bennett, Coleman and Co, which is run by brothers Samir and Vineet, sons of matriarch Indu Jain, Forbes said.

Moreover, the Amalgamations family was ranked at the 63rd place with a net worth of $2.5 billion. The group best known for tractor manufacturer TAFE, and diesel engine maker Simpson and Co was founded by the late S Anantharamakrishnan.

Other women on the wealthiest Indians list include Leena Tewari at the 71st slot with a net worth of ($2.19 billion).

Tewari chairs privately-held USV India, which her late father Vithal Gandhi set up with Revlon in 1961. USV specialises in diabetic and cardiovascular drugs, with a portfolio that spans across biosimilar drugs, injectables and active pharmaceutical ingredients.

Kiran Mazumdar-Shaw, with a fortune of $2.16 billion, was placed at the 72nd position.

She is India's richest self-made woman and founded biopharma firm Biocon in 1978.

Promoted
Listen to the latest songs, only on JioSaavn.com
Biocon makes a range of generics to treat, among much else, autoimmune diseases, diabetes and cancer. The company is Asia's largest insulin producer with a factory in Malaysia's Johor region, Forbes said.