Saudi Aramco produces about 10 per cent of the world's oil, so investors are betting on the continued rise in oil prices. 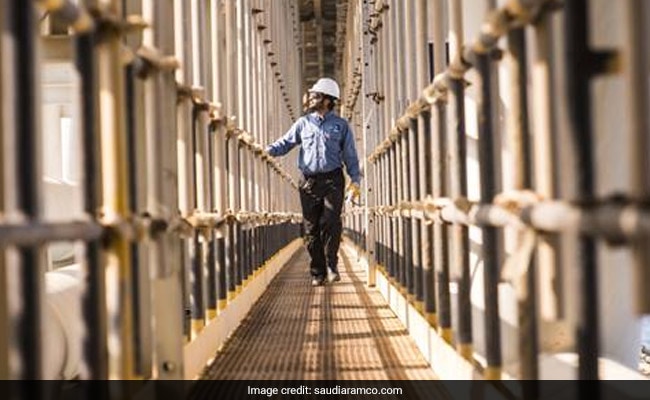 Saudi Aramco pledged to pay $75 billion in dividends in 2020

That sum raised by the oil giant surpasses the $25 billion raised by the Chinese online trading group Alibaba when it debuted on Wall Street in 2014.

The market launch also puts the Saudi oil behemoth's value at $1.7 trillion, far ahead of other corporate giants in the trillion-dollar club: Apple ($1.2 trillion), Microsoft and Alibaba ($1.1 trillion).

However, it fell short of the $2 trillion mark the kingdom's ruler Crown Prince Mohammed bin Salman was aiming for.

Aramco will begin trading three billion shares on the country's Tadawul stock exchange December 12 at a starting price of 32 riyals ($8.53), the sources said.

That price is at the top of the range set last month, even though the banks advising the company called on Saudi authorities to be cautious to avoid volatile price swings in the first days of trading.

The official price announcement is expected later Thursday on the offering covering just 1.5 per cent of Aramco's capital.

The new private shareholders are mostly Saudis, as investors in London and New York have remained more skeptical due to questions about the firm's transparency, governance practices and targeted valuation, as well as the ability of the group to protect its oil facilities and remain profitable in the face of tougher environmental policies around the world.

The government used a series of initiatives to encourage Saudis to buy a stake in the kingdom's crown jewel, including offers of bank loans and nationalist rhetoric portraying the investment a patriotic duty.

Aramco has also provided local investors with promises of higher dividends and the opportunity to obtain additional free shares if they hold their shares for some time.

Some of the wealthiest families in Saudi Arabia have been obliged to invest, including billionaire prince Al-Waleed bin Talal, who was among the businessmen locked up in Riyadh's Ritz-Carlton Hotel during an "anti-corruption" crackdown in 2017.

Aramco put off but has not abandoned its plan to raise additional funds by selling shares on a major international market like New York, but that will depend on the reception it will have on the local stock exchange.

The company is considered the pillar of the kingdom's economic and social stability, and produces about 10 per cent of the world's oil, so investors are betting on the continued rise in oil prices.

Prince Mohammed has viewed the stock offering as a critical component of "Vision 2030," a program to diversify the Saudi economy and shift Aramco from "an oil producing company into a global industrial conglomerate," according to the Saudi government website.

So the kingdom has a major stake in seeing global oil prices rise, which could be helped by a new agreement to cut production among the 14 member countries of the Organization of the Petroleum Exporting Countries (OPEC), as well as their 10 allies.

OPEC is conducting delicate discussions on Thursday and Friday in Vienna regarding the production agreement and any further cuts.