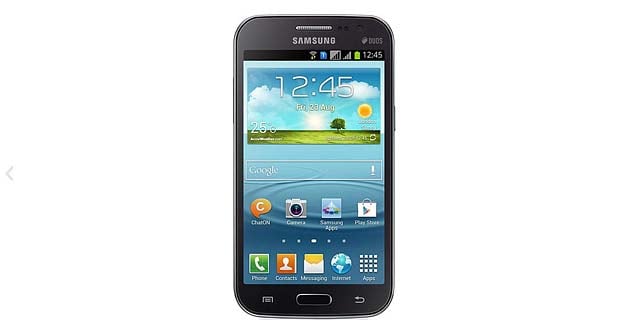 Aimed at maintaining its leadership position in the smartphone segment in the country, Korean handset maker Samsung Electronics today announced the launch of its Galaxy Grand Quattro, priced at Rs 17,290.

With a 4.7-inch display, the dual-SIM handset is powered by a 1.2GHz quad-core processor, has Android 4.1.2 (Jelly Bean) operating system and a 5-megapixel camera. It comes with an internal memory of 8GB.

"Following the success of the Galaxy Grand introduced in January this year, we are confident that the Galaxy Grand Quattro will meet the needs of consumers looking for the 'Grand' experience in a slightly smaller display," Samsung Mobile country head Vineet Taneja said in a statement.

As a special introductory offer, the device will come with a digital wallet of Rs 3,000 valid for 90 days applicable on games.

In December last year, Samsung had said it sold over 10 million Galaxy devices in India since the launch of the first Galaxy device, 'Galaxy S', in June 2010.

According to CyberMedia Research (CMR), more than 221 million handsets were shipped to India in 2012. Though smartphones comprised a small chunk of the overall handset market at about 7 per cent, the high-end category grew at a robust 35.7 per cent to 15.2 million devices in 2012 from 11.2 million units in 2011.