Kwon Oh-hyun oversaw the growth of Samsung's component business which now generates much of the firm's profits, dwarfing earnings from smartphones and other mobile devices. 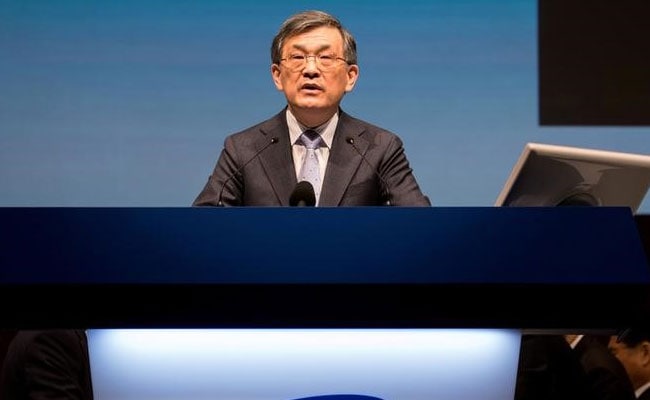 Seoul: Samsung Electronics Co Ltd said on Friday its CEO and vice chairman Kwon Oh-hyun had decided to step down from management, as it forecast record third-quarter profits on the back of soaring memory chip prices. The surprise resignation comes as Kwon was expected to take a bigger role following the arrest of Samsung Group scion and heir apparent Jay Y Lee in February on bribery charges, and the departures of other key executives.

"I believe the time has come for the company to start anew with new sprit and young leadership to better respond to challenges," Kwon, who is seen as Samsung Group No. 2, said in a statement.

"We are fortunately making record earnings right now, but this is the fruit of past decisions and investments; we are not able to even get close to finding new growth engines by reading future trends right now."

Chung Sun-sup, chief executive of research firm Chaebul.com, said he was "surprised and curious about why he is quitting despite record profits".

"I'm also worried about a leadership vacuum at a time when Lee is absent from management," he said.

Known as "Mr Chip", Kwon, 64, oversaw the growth of Samsung's component business which now generates much of the firm's profits, dwarfing earnings from smartphones and other mobile devices.

Promoted
Listen to the latest songs, only on JioSaavn.com
Kwon was not stepping down immediately, and would serve out his term as Samsung Electronics' chairman of the board until March 2018, the company said.