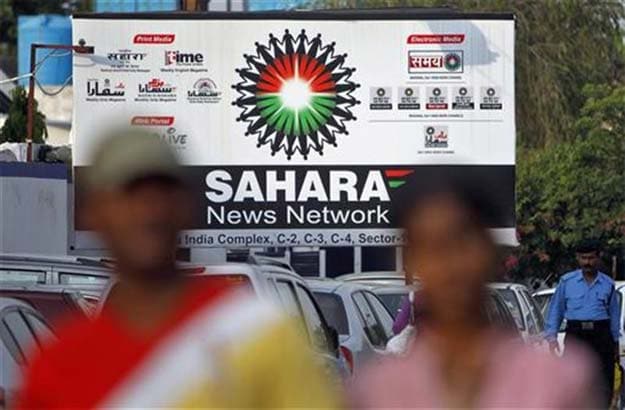 New York: As the blame-game continues over their floundered deal, US-based Mirach Capital has claimed that Sahara's three overseas hotels can fetch a maximum valuation of $1.67 billion (Rs 10,400 crore).

These three iconic hotels - The Plaza and Dream Downtown in New York and Grosvenor House in London - were acquired by the Sahara group between 2010 and 2012 at an estimated valuation of $1.55 billion. Market experts, however, peg their current valuation at upwards of $2.2 billion, after taking into account the appreciation in their values.

While both parties have warned each other of legal action, sources said Mirach is still trying to reach out to Sahara for reviving their deal and is also open to the idea of depositing the necessary funds directly with Bank of China, from which the crisis-hit Indian group has taken a loan.

Mirach, which had earlier offered a $2.05 billion syndicated financing arrangement to Sahara, has also offered a full buyout transaction for the three hotels, even as it has been accused by the crisis-ridden conglomerate of cheating amid a row over a "forged" Bank of America letter purportedly guaranteeing funding support.

Sahara says it got suspicious on February 1 about the purported letter showing Mirach having blocked sufficient funds with Bank of America for the proposed transaction, following which it did its own due diligence and found that the said letter was indeed "forged".

The group has warned Mirach of legal action, while the US-based firm, run by Indian-origin businessman Saransh Sharma, has accused Sahara of going back on the deal and has sought a "formal apology".

Mr Sharma, who is himself facing legal lawsuits for a few cases in the US and has reportedly admitted to wrongdoings in the past in a case relating to stealing database, has also warned of initiating legal recourse and seeking compensation from Sahara.

The deal would have helped Sahara raise funds for securing bail of its chief Subrata Roy and his two colleagues, who have been lodged in Tihar Jail for almost a year now in a case relating to repayment of investor dues totalling over Rs 20,000 crore.

Mr Sharma, who was earlier being seen as a white-knight arranging necessary funds for Sahara, said that "the enterprise value of the Plaza, Dream and Grosvenor hotels is $1.67 billion".

"However, based on Sahara's ownership of equity, that figure is closer to $1.39 billion," he told PTI in reply to queries about his ongoing spat with Sahara.

He also claimed that the actual value of Sahara's stake in these three hotels would further come down to $1.34 billion, after taking into account the "distressed nature of the circumstances" and other factors.

"Consequently, the current valuation of these properties has also suffered. By conservative estimates the three offshore properties could be worth as little as $700 million and by best efforts basis as much as $1.67 billion collectively," he said.

Sahara, on Thursday, said it has been cheated by Mirach Capital with a "forged letter" of $2 billion funding through Bank of America.