Domestic stock markets have strengthened further on Wednesday afternoon, building on their early gains, due to buying interest in financial and pharma stocks. 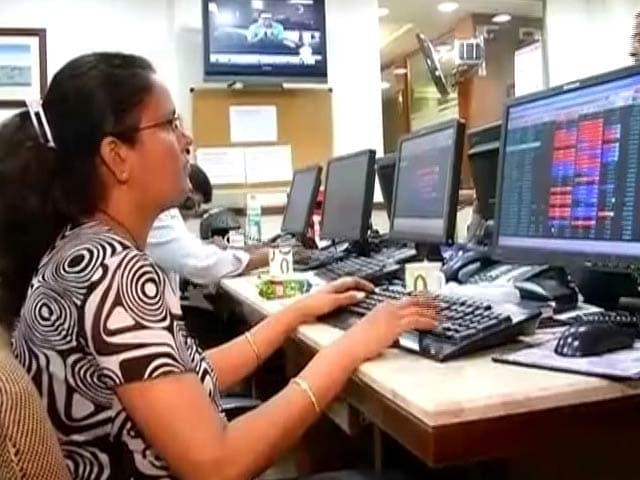 Axis Bank, HDFC, Bajaj Finance and IndusInd Bank are among the top gainers on the NSE.

Domestic stock markets have strengthened further on Wednesday afternoon, building on their early gains, due to buying interest in financial stocks. The S&P BSE Sensex index rose as much as 448 points to an intra-day high of 35,357 and the broader NSE Nifty 50 benchmark climbed to a high of 10,412.85, up 112 points or 13.1 per cent. All the NSE sectoral indices are trading in the green, with the exception of pharma and realty stocks.

Axis Bank, HDFC, Bajaj Finance and IndusInd Bank have gained 3.2 per cent to 4.9 per cent each to top the gainers list on the NSE. On the other hand, NTPC, L&T and Nestle India are trading with losses of - per cent each, on the NSE.

Maruti Suzuki India traded 0.67 per cent lower at Rs 5,800 after the auto major reported total sales of 52,300 vehicles in June, including passenger as well as commercial vehicles. That marked a decline of 53.73 per cent compared to its sales in the corresponding period a year ago.

The NSE market breadth was strong. Out of stocks traded on the NSE, there were 999 advancing stocks as against 778 declines.

Promoted
Listen to the latest songs, only on JioSaavn.com
Comments
markets sensex niftyCOVID19