Russia May Provide Trade Finance To Importers Of Its Grain: Minister

Russia, the world's largest wheat exporter, is working with Eximbank and the Russian agency for export credit and investment insurance. 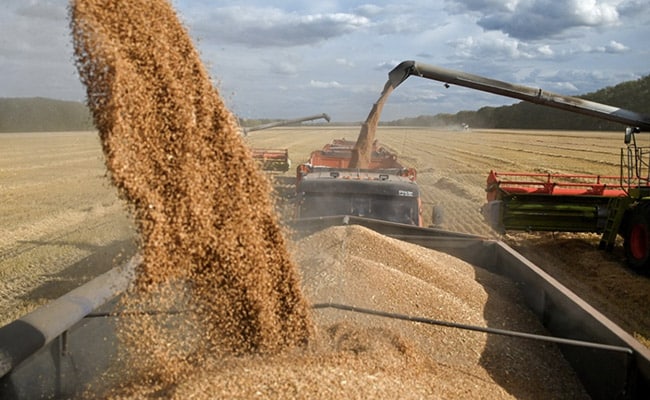 Some importers of Russian grain are currently paying in roubles or their local currency.

Russia may start providing trade finance to importers of its grain as sanctions imposed on Moscow since it sent troops to Ukraine affect this financial instrument, Agriculture Minister Dmitry Patrushev said.

Russia, the world's largest wheat exporter, is working with Eximbank and the Russian agency for export credit and investment insurance "to provide financing to foreign companies for the purchase of our products", Patrushev told the RBC business daily in an interview published on Monday.

"This will give us the opportunity to sell large amounts. Because there is also a problem with settlements so far," he added.

Speaking about farmers being among those drafted into the military in Russia's partial mobilisation at a busy time in the sowing season, Patrushev said his ministry would make efforts to ensure the smooth running of the farming industry.

"Of course, within the interests of our department we would like to see more people employed in agriculture, but there are state objectives, and they are certainly a priority," Patrushev, who is the son of Russia's Security Council secretary, told RBC.