The rupee is emerging Asia's top performer in the past three months, thanks to the gush of foreign cash. 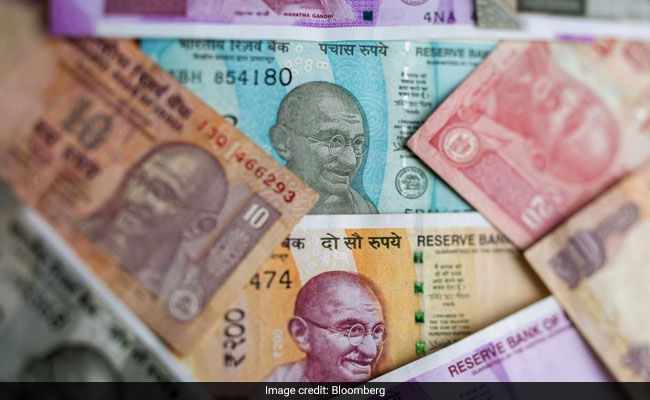 The RBI bought $9.4 billion of dollars in March, the most since January 2015, according to latest data

The rupee could be set to gain as Prime Minister Narendra Modi's sweeping election victory boosts foreign inflows. That may present a dilemma for central bank RBI, analysts said.

The rupee is emerging Asia's top performer in the past three months, thanks to the gush of foreign cash. With inflows poised to accelerate after the election result, the Reserve Bank of India may have to rein in the currency or risk making the nation's exports less competitive as rival currencies weaken.

"The RBI would not be comfortable with a sharp appreciation in light of competitiveness considerations," said B. Prasanna, group head- Global Markets -Sales, Trading and Research at ICICI Bank Ltd. "The Modi mandate is likely to result in rupee appreciation."

The central bank didn't immediately respond to a request seeking a comment.

India may lure $22 billion of capital inflows in the year to March, prompting the RBI to buy dollars to bolster the nation's reserves and ease a cash deficit, according to Bank of America Merrill Lynch. That would put the central banks at odds with its peers in China, Indonesia and South Korea that are taking steps to stem losses in their currencies amid a raging trade war. 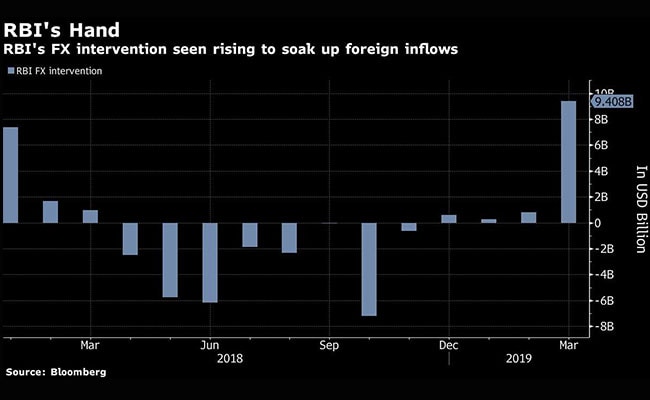 The RBI bought $9.4 billion of dollars in March, the most since January 2015, according to the latest data. The authority also took in $10 billion through two swap auctions held since March to ease a cash crunch. BofAML says the central bank could kill two birds with one stone by intervening to soak up anticipated dollar inflows.

"The RBI will prevent a significant rupee strength because at the end of the day they want to buffer up reserves," said Rohit Garg, BofAML's emerging-markets strategist in Singapore. "They still want to inject liquidity. They can do both through unsterilized FX intervention."

India was removed from the U.S. Treasury Department's currency manipulation watch-list last week, and the RBI will want to be cautious about excessive intervention so as to not draw attention from the U.S., said Trang Thuy Le, macro-strategy analyst at Macquarie Bank Ltd. in Hong Kong.

To be sure, the RBI has said it intervenes in the forex market to curb undue volatility and doesn't target any particular levels for the rupee. The currency rose 0.3 per cent to 69.69.75 per dollar on Friday.

The rupee could face some pressure in the near term after the U.S. eliminated an exception that allowed India to export nearly 2,000 products to the U.S. duty-free. The move may lead to exporters losing $260 million worth of benefits, according to the Federation of Indian Export Organisations.

"I don't think the U.S. export restrictions will have significant impact on inflows and the rupee," said Anindya Banerjee, currency strategist at Kotak Securities Ltd. in Mumbai. "Inflows will stay and the RBI is expected to curb gains in the currency."

Global funds plowed $1.45 billion into local shares and bonds last week, the most since the end of March, as PM Modi's win boosts the appeal of Indian assets. The drop in U.S. yields and in the price of oil -- the nation's biggest import -- has also helped improve the rupee's prospect, according to Macquarie.

After Initial Gains, Rupee Weakens 13 Paise Against Dollar; Settles At 73.81