The central bank has been slowing its intervention efforts in recent months as emerging markets faced a rout and oil prices surged. 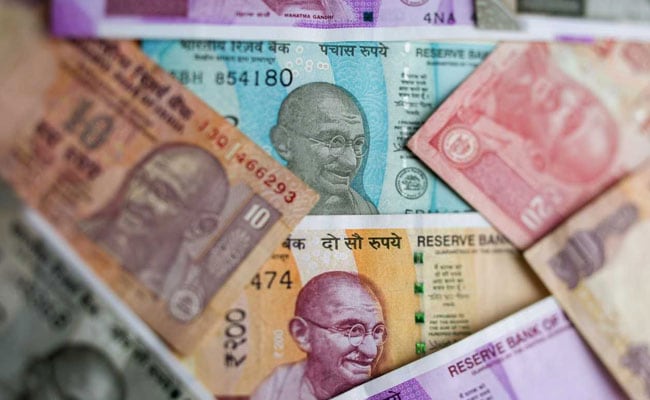 India's central bank has enough reserves to defend the rupee, according to the State Bank of India and Nomura Holdings Inc., as the currency shrugged off the government's supportive measures to plunge to a fresh record.

The Reserve Bank of India can sell an additional $25 billion, at least, in the foreign-exchange market, SBI estimates, based on intervention patterns since the 1990s. The nation's reserves adequacy remains among the highest in the region, says Nomura, adding that forex cover, including the forwards book, could fall by as much as $100.8 billion before reaching the August 2013 levels which triggered a bond sale to overseas Indians to mop up reserves, it said. 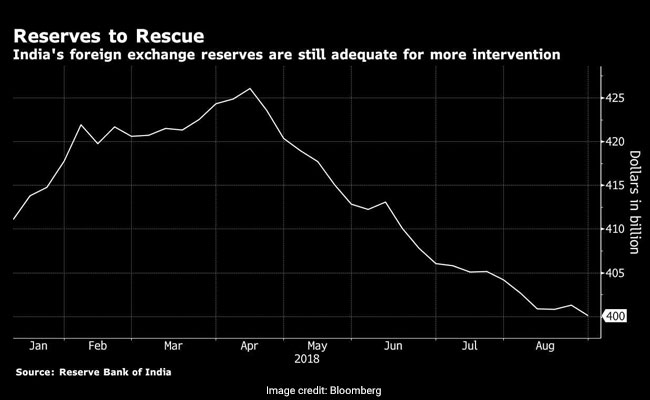 The central bank has been slowing its intervention efforts in recent months as emerging markets faced a rout and oil prices surged. It has stated from time to time that it is concerned with curbing excessive volatility and doesn't target a specific rupee level. FX reserves are sufficient to cover eight months of imports compared to the IMF's usual prescription of three months.

"This is possibly a reflection of the fact that as an inflation targeting central bank, RBI may be concerned about the exchange rate only to the extent it feeds inflation," Soumya Kanti Ghosh, group chief economic adviser at SBI, wrote in a note. "The markets may not have understood this nuance and thus were expecting more from the RBI also."

The RBI intervened aggressively during April to June, with $24.6 billion of drawdown in reserves, including its forward book. However, data show that FX intervention slowed to $1.9 billion of net selling in July, and then an estimated $3.6 billion in August, according to Nomura.

India unveiled measures to prop up the sagging rupee on Friday, including steps to facilitate bond issuance by local companies and possible curbs on imports. However, markets gave a thumbs down to the proposals, with the rupee dropping 1.5% so far this week to close at 72.975 to a dollar on Tuesday.

(Except for the headline, this story has not been edited by NDTV staff and is published from a syndicated feed.)
Comments
RBIRBI rate cut