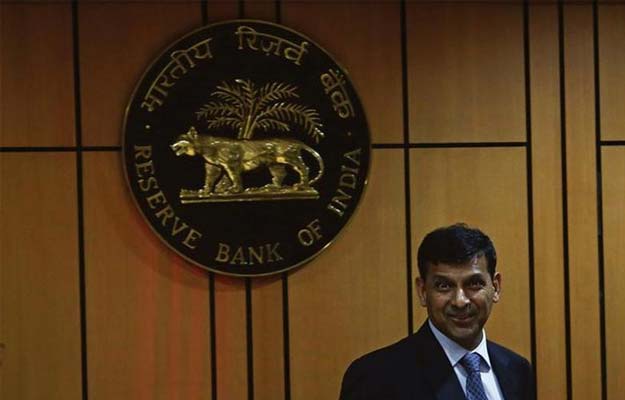 The rupee gained its most in a week on Thursday after new Reserve Bank of India (RBI) chief Raghuram Rajan unveiled a spate of measures late on Wednesday to attract more inflows, including offering a concessional forex swap rate to banks for attracting deposits from overseas Indians.

Amid the cheer over Dr Rajan's energetic Wednesday debut, investors warned that he cannot by himself be expected to repair an economy mired by slowing growth and a record high current account deficit that has helped fuel a drop in the rupee of as much as 20 per cent this year.

"This is certainly not the bottom. Rajan means business, but most of his measures are just statements of intent, especially in the light of government finances being so precarious," said G. Chokkalingam, managing director and chief investment officer at Centrum Wealth Management.

"The continued deceleration of the industrial economy, the fiscal conditions, and the Fed tapering worries will continue to weigh," he said.

Dr Rajan faces pressure from investors to roll back the central bank's controversial steps to defend the rupee by draining cash from the market and raising short-term interest rates at a time when investors are clamouring for ways to boost growth.

The government has struggled to push through politically tough reforms needed to fix the economy, and elections due by next May raise the prospect of expensive populist spending that could threaten the country's sovereign credit rating, which is one notch above junk status.

On Thursday, however, scepticism was trumped by euphoria over Dr Rajan, a prominent former chief economist at the International Monetary Fund, unexpectedly unveiling a flurry of proposals in his first day at the helm of the central bank.

Some new measures that he announced to prop the rupee included providing exporters and importers more flexibility in hedging their forward currency contracts, as trading firms had long complained about regulation that left them unable to quickly cope with rapid currency movements.

Among the chief challenges and difficult decisions Dr Rajan faces is navigating uncertain global conditions marked by rising military tension over Syria, which is pushing up India's oil import bill, and the prospect of an end to US monetary stimulus.

The RBI has been the main line of defence against the rupee so far, with Dr Rajan's predecessor Duvvuri Subbarao having opted to sacrifice near-term economic growth, putting interest rate cuts on hold in a quest for financial stability.

With economic growth remaining weak, investors are already clamouring for the RBI to change course.

"I will not give in to the personality and sentiment. I will look at data," said Phani Sekhar, a fund Manager at Angel Broking in Mumbai.

"The governor has no control on fiscal policy so what do you expect the RBI to do? If Rajan continues focusing on inflation, his newly found fan club will vanish sooner than later."

IN SEARCH OF REFORMS
Asia's third-largest economy is suffering from sluggish investment as well as slowdowns in the manufacturing and services sectors.

Investors have expressed little faith that New Delhi can push through substantial reforms, such as a hike in subsidised fuel prices, that could help revive confidence in the economy.

Measures the government has passed, including curbs to gold imports and opening up sectors for foreign investments, have been dismissed as too small or not helpful enough by markets.

The rupee is by far the biggest decliner among the Asian countries, even more than the 13 per cent fall in the Indonesian rupiah, a country also suffering from a current account deficit and concerns about economic growth.

Economists say the government will ultimately need to step in to provide more long-lasting support for the rupee.

"India's myriad cyclical and structural impediments will continue to hold back the economy for the time being, and risks of a deeper crisis are non-trivial," Deutsche Bank wrote.

"But (Wednesday's) statement shows a fresh and cohesive vision of monetary and financial sector policy from a newly appointed central bank governor can shine a much-needed light on India's promise and potential."

Promoted
Listen to the latest songs, only on JioSaavn.com
Comments
Raghuram RajanDuvvuri SubbaraoSensex