Rupee Closes Higher At 69.34 Against Dollar

The RBI said on Tuesday it will infuse Rs 15,000 crore into the financial system through bond purchases on Thursday 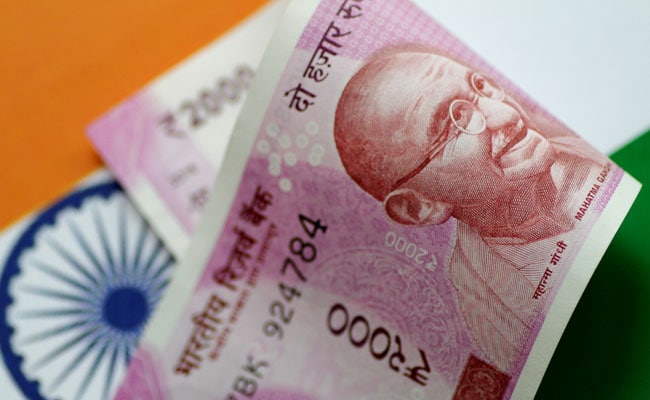 The rupee on Wednesday appreciated by 10 paise to close at 69.34 to the US dollar, marking the second straight session of gains driven by easing crude prices. At the interbank foreign exchange market, the rupee opened at 69.38 a dollar and advanced to a high of 69.28 during the day. It finally settled at 69.34, up 10 paise against its previous close. The domestic currency has strengthened by 31 paise in the last two sessions. "Indian rupee gained amid fall in crude oil price," said VK Sharma, head-PCG & Capital Market Strategy, HDFC securities.

Retail inflation spiked to 3.05 per cent in May from 2.99 per cent in April, government data showed. Brent crude futures, the global oil benchmark, fell 2.49 per cent to $60.74 per barrel.

Besides easing crude prices, forex traders said the local currency gained strength following the Reserve Bank of India's decision to pump in liquidity into the system.

The RBI said on Tuesday it will infuse Rs 15,000 crore into the financial system through bond purchases on Thursday.

"Based on an assessment of prevailing liquidity conditions and also of the durable liquidity needs going forward, the RBI has decided to conduct purchase of (six) government securities under OMOs for an aggregate amount of Rs 15,000 crore on June 13, 2019 (Thursday) through multi-security auction using the multiple price method," the central bank said in a statement.

Meanwhile, the dollar Index which gauges the greenback's strength against a basket of six currencies, rose 0.07 per cent to 96.75.

The 10-year government bond yield was at 7.01 per cent on Wednesday.