Analysts had forecast for the rupee to rise for the first time in four years on hopes the RBI may slow its foreign-currency accumulation after the stockpile rose to a record. 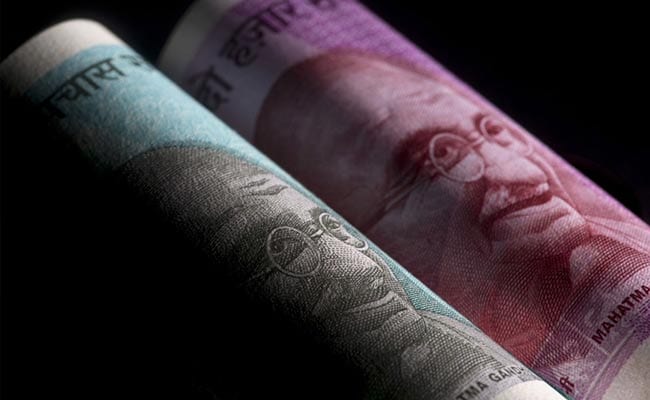 The median estimate of a Bloomberg survey shows the rupee may strengthen rise to 72.50 to a dollar

Bets on the Indian rupee's rebound this year are already facing headwinds.

The Reserve Bank of India signaled recently it won't relent on dollar purchases that pushed the currency to the bottom of Asia's currency rankings in 2020. Analysts had forecast for the rupee to rise for the first time in four years on hopes the RBI may slow its foreign-currency accumulation after the stockpile rose to a record. 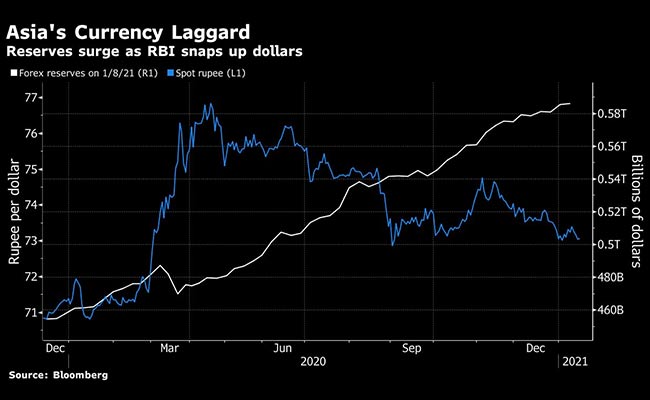 RBI Governor Shaktikanta Das said on Saturday that emerging markets need to build reserves as buffers against external shocks even at the risk of being added to the U.S. watchlist for currency manipulation. India rejoined the list in December due to RBI's sustained forex purchases and a large goods trade surplus with the U.S.

RBI officials are usually reticent about commenting on the nation's foreign exchange policy. This marks a departure from from the RBI's fifteen-year plus stance of intervening only to contain volatility, Indranil Sen Gupta and Aastha Gudwani, economists at Bank of America wrote in a note.

Das' comments also put the spotlight on bullish rupee trades from banks including Nomura Holdings Inc., which said in a report last week that the Indian currency may outperform the Indonesian rupiah as the RBI may allow it to appreciate in a positive inflow backdrop. Deutsche Bank AG also recommended buying the rupee against the Philippine peso.

The median estimate of a Bloomberg survey shows the rupee may strengthen rise to 72.50 to a dollar by year-end. It's risen 0.1% so far in 2021 to 73.03 after three straight years of declines. Goldman Sachs Group Inc. sees it appreciating to 70 by March 2022.

The rupee is under pressure to rise on heavy foreign inflows. However, that prompts the central bank to mop up excess dollars with the aim of keeping the local exchange rate stable. Deutsche Bank expects inflows to reach $82 billion by the end of the fiscal year ending March, before continuing at a similar pace in the following 12 months.

India's forex reserves rose to a record $586 billion. That's catching up with Russia, which has the world's fourth-largest stockpile. Mizuho Bank Ltd. sees this having a positive implications for the rupee when the greenback strengthens.

"This prudential FX reserve building means that on episodes of sudden USD strength, rupee resilience will be greater," said Vishnu Varathan, the Singapore-based head of economics and strategy at the bank. In a stronger-dollar scenario, and barring a surge in oil prices the rupee could fare better than peers such as the Indonesian rupiah and Philippine peso, he said.