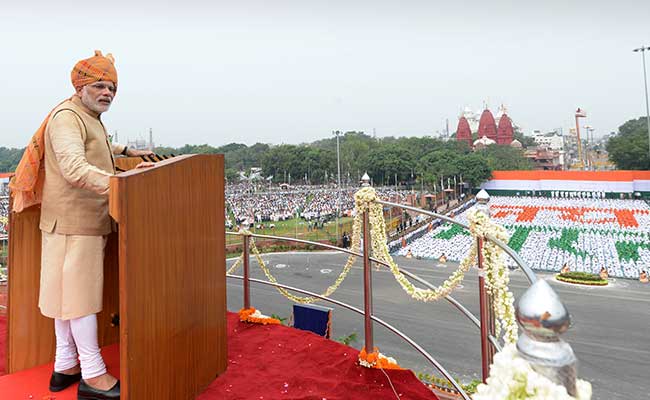 Committing to carry forward the fight against black money, Prime Minister Narendra Modi today said Rs 6,500 crore of undisclosed foreign assets have been declared under the compliance window of the new law and the drive would continue despite its 'side effects'.

In his address to the nation from the ramparts of the Red Fort on the 69th Independence Day, he said several important steps including agreements with countries like the US for real time sharing of information on Indian nationals holding assets abroad have been taken.

Also, the government has enacted a new foreign black money law with stringent punishments which some have termed as too harsh that may lead to Inspector Raj.

PM Modi said that immediately after coming to power in May last year, the BJP government constituted a Special Investigation Team (SIT) on black money and later enacted a Black Money (Undisclosed Foreign Income and Assets) and Imposition of Tax Act, 2015.

The new law provided for a 90-day compliance window ending September 30 to foreign assets holders to declare undisclosed assets, and pay a total of 60 per cent tax and penalty to escape jail term of up to 10 years. The tax and penalty on income declared under the window has to be paid by December 31.

"So far, Rs. 6,500 crore of undisclosed income have been declared", PM Modi said, adding that the money will be used for the welfare of the people.